Scooter-Riding Man Checks His Phone As Sinkhole Opens, Falls In 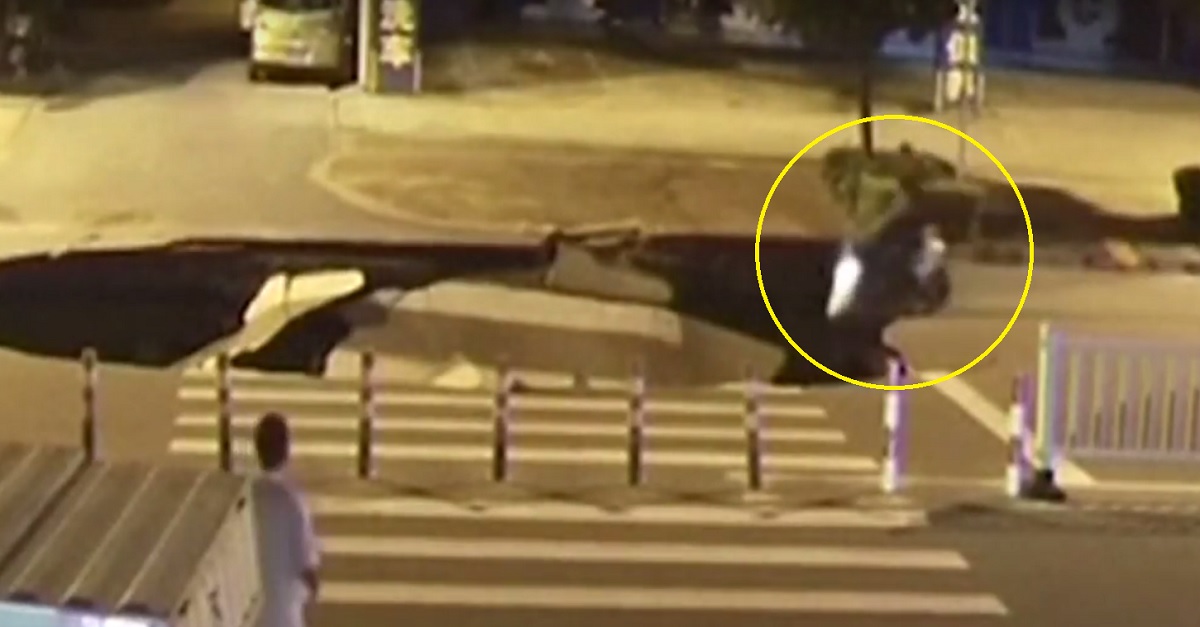 A Chinese man on a scooter flew into a gaping sinkhole in the road in front of him all because he was apparently looking at his cellphone.

Security camera footage posted by the Guardian shows the moment the road collapses in Beihai, a city in southwest China, last week. Before authorities showed up to cordon off the scene, a lone man was caught on video as he drove towards it on his scooter.

The unidentified man looks down to check his phone as he approaches the hole and goes right into it; he hardly slows down before crashing, in fact. Another man watches the accident, and walks up to the crater, but doesn’t appear to offer any help.

Gizmodo, citing local reports on the video, says the man suffered no serious injuries and climbed out of the hole on his own, perhaps to finish what he was doing on his phone.

RELATED: A YMCA camp counselor is in hot water after he was caught drunkenly stumbling out of a 7-year-old?s bed