Seattle police officers saved a man from a heroin overdose, and it was caught on video 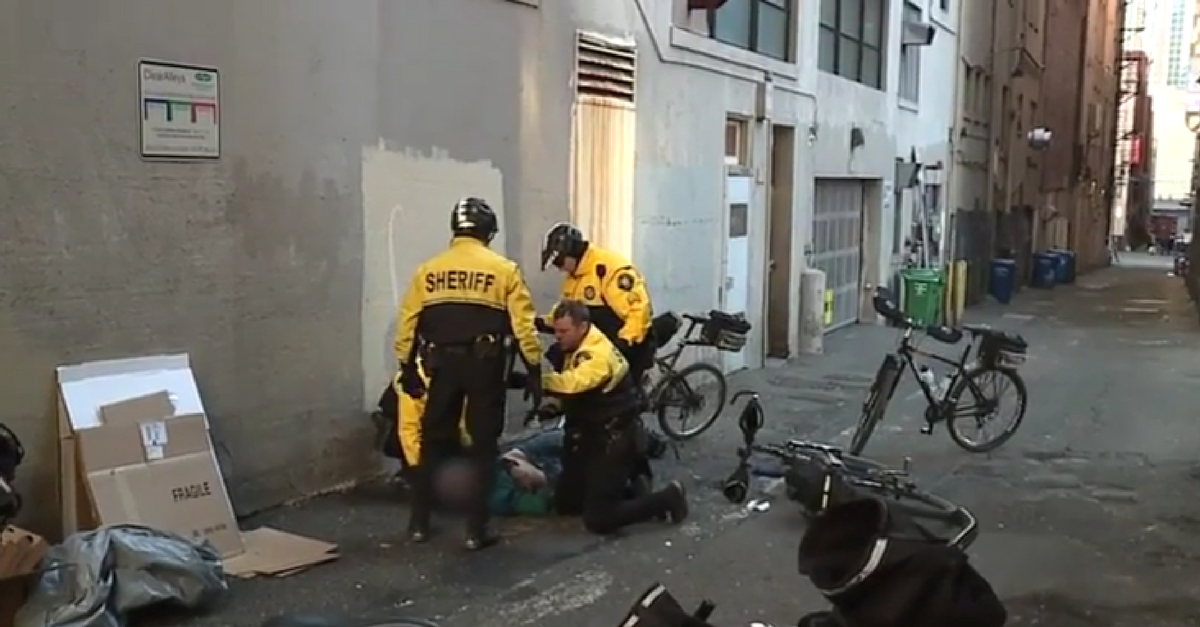 Seattle police officers Randy Jokela and Jason Drummond were on their regular patrol of the city’s downtown when they got a call about a heroin overdose in a Pine Street alley, just a block and a half away from where they were. Another man who was walking through the alley had spotted the victim and alerted several King County deputies, who were able to save the dying man’s life ? and it was all caught on video.

RELATED: An infant died of starvation, but it?s what happened to the parents earlier that makes this story chilling

“Supposedly, he shook him a bunch of times and he wouldn’t wake up,” said deputy Thomas Liu, who was among the first on the scene. “We laid him down on the ground, we started rescue breaths, and I administered the Narcan.”

Narcan is a controversial drug that, if administered quickly enough, is supposed to reverse the effects of a heroin overdose. Jokela and Drummond have saved four lives between the two of them by using Narcan, also called Naloxone, because they’re among a number of select SPD officers who have started carrying the drug. However, the drug is seen by some as a quick-fix safety net that ultimately condones drug use.

“This doesn’t condone drug use. This saves people’s lives,” Officer Drummond disagreed. “What happens to them after that is something different than just what is here.”

The man, a 24-year-old, appears to already be dead in the video ? gray-colored skin, slumped over, and unresponsive ? but after paramedics loaded him onto a stretcher and into an ambulance, he finally woke up.

“I’m glad we were here to help him get through that. Ultimately, I’d like him to get some help with his addiction, but that’s a choice, unfortunately, for him to make,” Liu said. “All we can do is just sort of be a Band-Aid for a larger problem.”

The addict, who agreed to speak with AOL News after the incident, said that heroin is his drug of choice because “it’s the strongest.” He also noted that while he wants to quit, he turned down medical attention that could have helped. After being saved, he was taken back to the same alley to look for a cell phone he misplaced.

RELATED: Why one paper publicized the names and faces of people who died from heroin-related overdoses in 2015