A Florida alligator trapper struggled to extract a 9-foot gator from a sewer in Tampa, eventually pulling him out backwards through a manhole.

Neighborhood resident John Ruel recorded the incident and posted the video on Facebook.

“Not something you see every day,” Ruel said.

RELATED: These boaters were stunned when a gator wrecked their whole day on Facebook Live

The gator was trying to climb out of the sewer a few houses down from Ruel’s house when it got stuck.

When the trapper arrived at the scene, he had to push the gator backward and then pull the reptile out through the manhole.

The alligator is fine and expected to be relocated.

“The trapper said he would not be euthanized,” Ruel said. 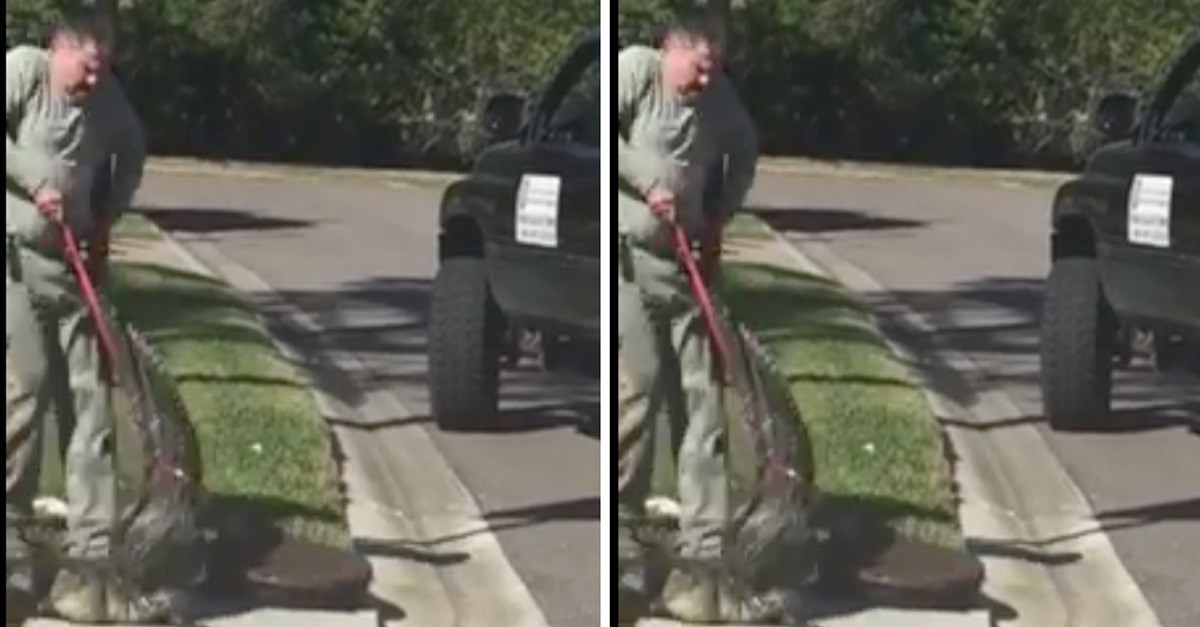