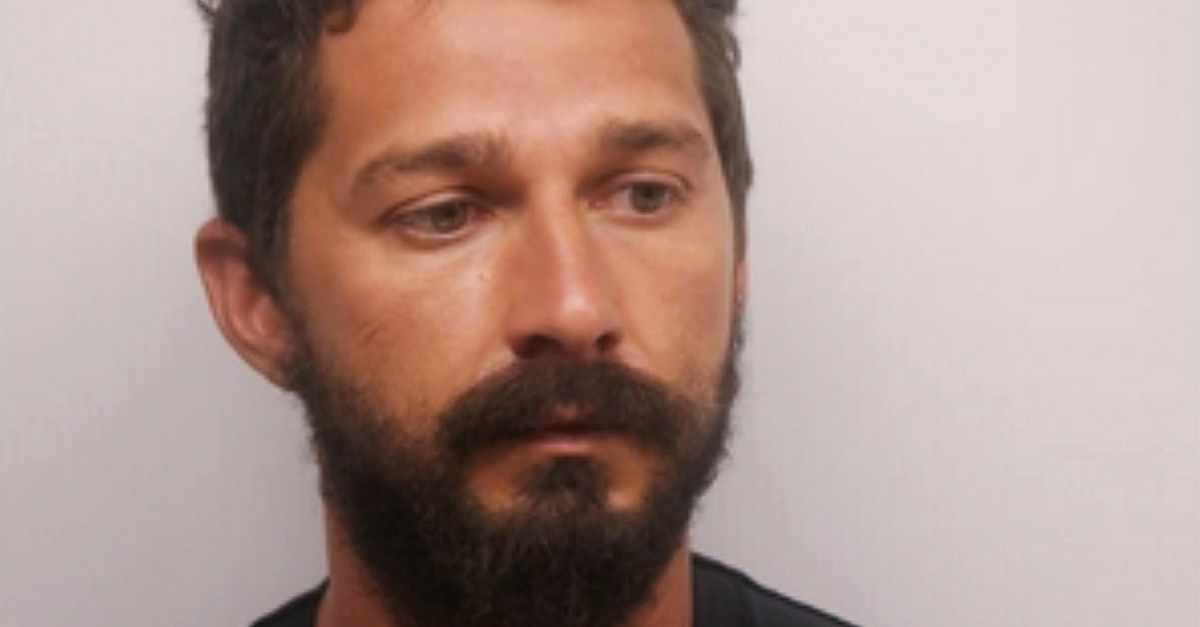 After being arrested in the early hours of Saturday morning, actor Shia Labeouf went on a violent, intoxicated rant against the Georgia police officers arresting him.

In new video footage obtained by TMZ, LaBeouf threatens to kill one of the officers while riding in the back of a patrol car, screaming at him, “If I had my gun, I’ll blow your shit up!” He then repeatedly calls the officer a “bitch.”

“Fuck you and your legacy,” Labeouf says. “You got a kid? I hope so. I hope so, so he can know where the fuck ‘no-so’ is going. You’re a bitch. For leagues! Not for years, a bitch for leagues!”

The actor, who had been arrested for public intoxication, disorderly conduct and obstruction, continues rambling on and accuses the police officer, who is white, of arresting his “own kind.”

“You put your own kind in the fucking pen for nothing,” LaBeouf says. “You put a white man in the pen for what? You fucking bitch.”

Additional body cam footage shows LaBeouf continuing his rant while inside the police station, in which he yells obscenities, hurls racial jabs and shouts about paying taxes at the police officers.

RELATED: Sadly, it seems this former child star just can?t keep himself out of jail