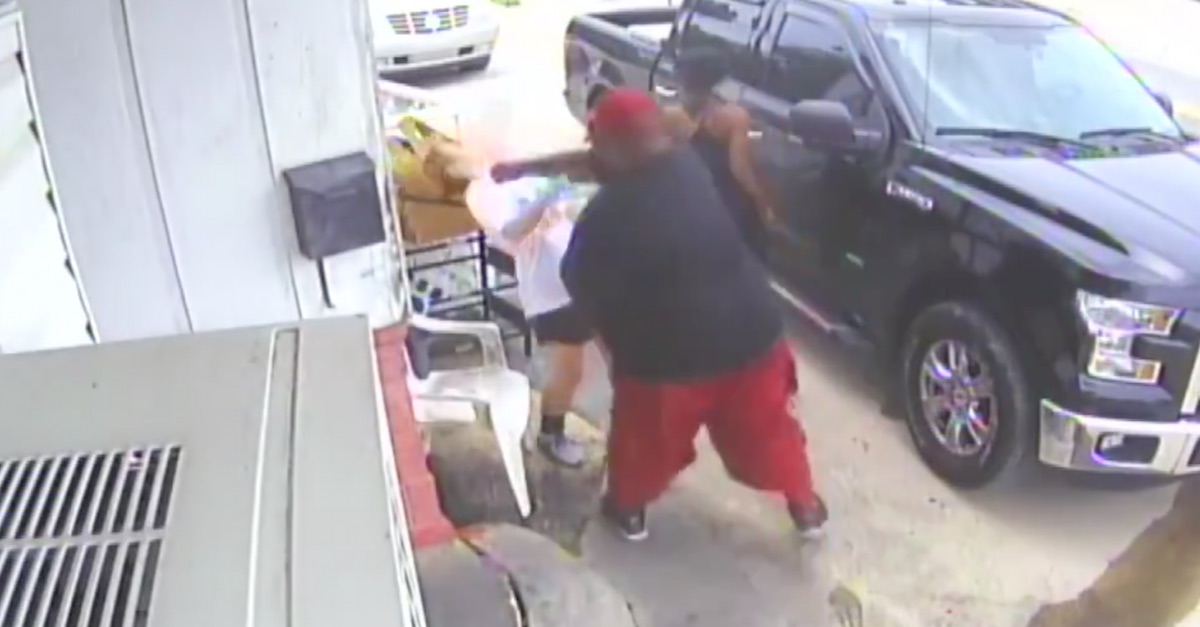 Editor’s note: although the surveillance camera indicates this was filmed in 2010, police say this is incorrect and that the incident took place on June 22, 2017.

Police in Baxley, Georgia, are still looking for two suspects who assaulted a restaurant owner and her daughter on Thursday afternoon.

Officers responded to an incident a Qwik Chik to find that the owner and her 15-year-old daughter had been physically assaulted by two unhappy customers. According to police, the customers were upset with their order, and their complaint eventually escalated from verbal to physical abuse.

RELATED: Two 7-year-old boys were involved in an alleged sexual assualt and now their school district is making this change

In footage caught by surveillance video, the owner is clearly beaten by the female customer until being knocked to the ground. Her daughter quickly jumps out of a nearby vehicle, and the male customer punches her right in the face. The two suspects then flee.

Talking to mother & daughter assaulted by 2 customers who complained their food was cold. Beat down caught on camera. Story tonight @WTOC11 pic.twitter.com/SmtJixS1Et

Emergency medics treated the owner and her daughter for their injuries, and they appear to be okay. Police have asked anyone with information on the incident to call the Baxley PD at 912.367.8305 or the 911 Center at 912.367.8111. Police Chief James Godfrey has warned anyone who comes in contact with the suspects to use caution.

RELATED: When a biker and driver get into it at full speed, this wild road rage incident almost turns deadly