VICTORVILLE, Calif. — Disturbing video shows a man attempting to kidnap a young girl by snatching her out of store in Victorville, Calif.

RELATED: Thanks to this iPhone app, a mother was able to find where her daughter’s kidnapping ex-boyfriend had taken her

The video shows the 4-year-old’s mother holding a young child in her arms. The store’s door then opens and you can see a man grab the 4-year-old by the arm and pull her outside.

RELATED: Police initially thought these sisters were runaways, but a year later, they’ve arrested the person responsible for the kidnapping

The suspect lost his grip on the girl and ran off from the scene, KABC-TV reports.

In the video, the mother chases after the man but stops to grab her girl and comfort her. The girl appears to be safe. 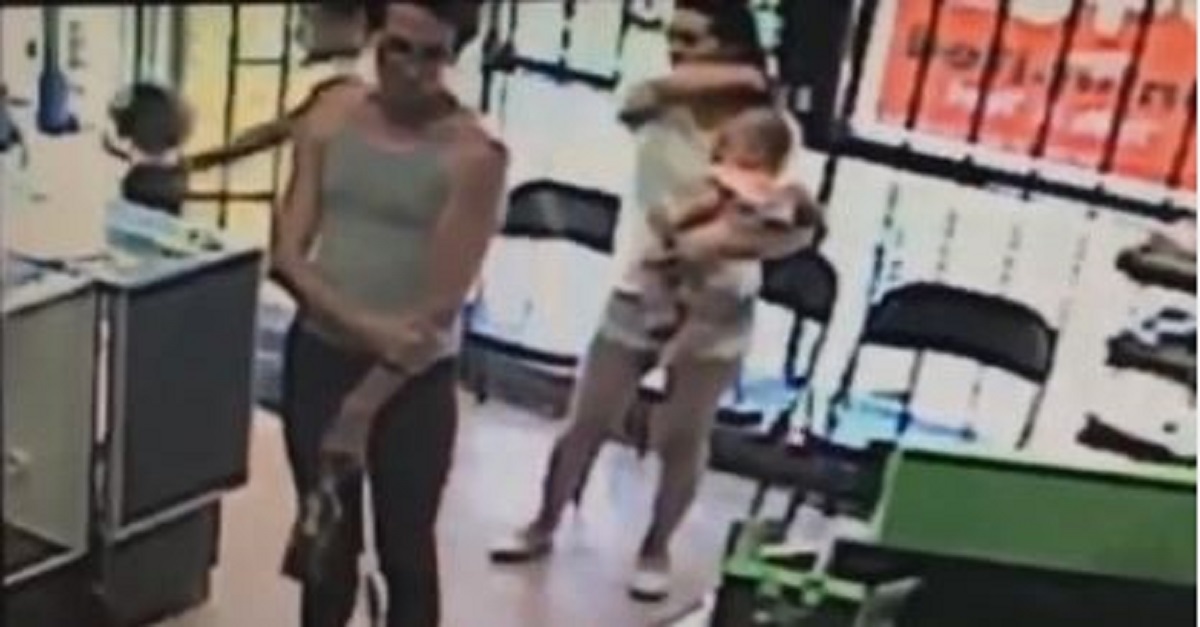