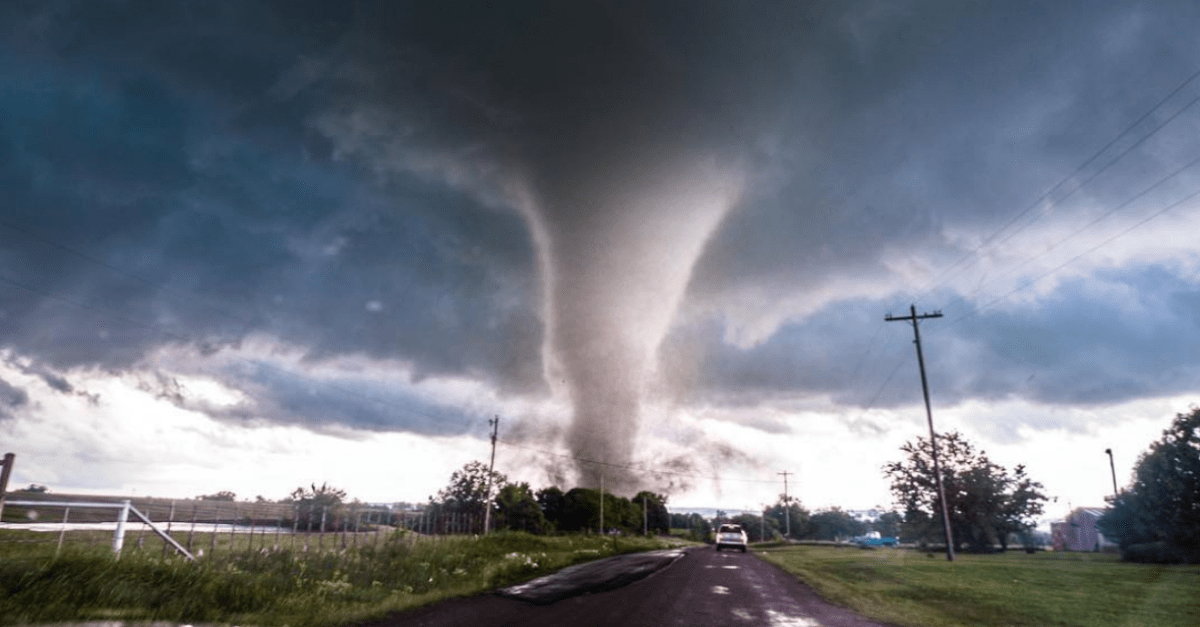 If you grew up in the Midwest you probably have an odd relationship with tornadoes. Tornado warnings are a frequent occurrence in the spring and summer, and something that is so frequently shrugged off by the locals that the news practically has to clarify when the tornado warning is legit and not just an inevitable, through-the-motions byproduct of the massive bi-monthly thunderstorms that roll through. Growing up in St. Louis I think I’ve actually heard a TV meteorologist say, “This one is for real, guys.”

So while a non-Midwesterner may be visiting the heartland during a tornado warning and react as if we’ve all just been told that a formation of Russian bombers is headed to the city, most locals will just go about their day, maybe checking through the windows every now and then just to make sure death isn’t about to drop in.

But when they are for real there is almost nothing more nerve-racking than sitting in a basement, or a bathtub, or under a hallway door frame, and waiting to find out if the raw, unbridled, spectacularly violent forces of nature are going to rip through your home and maybe throw you into a tree that will impale you seventeen times simultaneously.

As a Midwesterner myself, I’m endlessly fascinated by tornadoes. I’ve sat in a basement with my family, genuinely concerned for our lives, and I’ve shrugged off warnings of impending doom while I drank beer and watched TV. I think I even yelled at the TV to shut up and stop interrupting the football game with attempts to save my life that time.

This thing is a monster. It’s absolutely majestic… at a distance. Up close this thing looks like it could chuck a tractor clear through an Arby’s.

Probably the only thing more interesting than watching a tornado on the ground is watching one try to form in the sky. It’s almost as if they’re alive.

This thing looks like it could eat a small town while juggling an entire trailer park. It appears to rain wrapped too, which means it’s a big, camouflaged bastard.

This thing looks like it’s ready to drop a couple fat ones.

It makes no logical sense to me how these things are capable of existing in a form like that but also I can’t do algebra anymore so my opinions on physics aren’t really valid at all.

This article was originally published September 17, 2018.