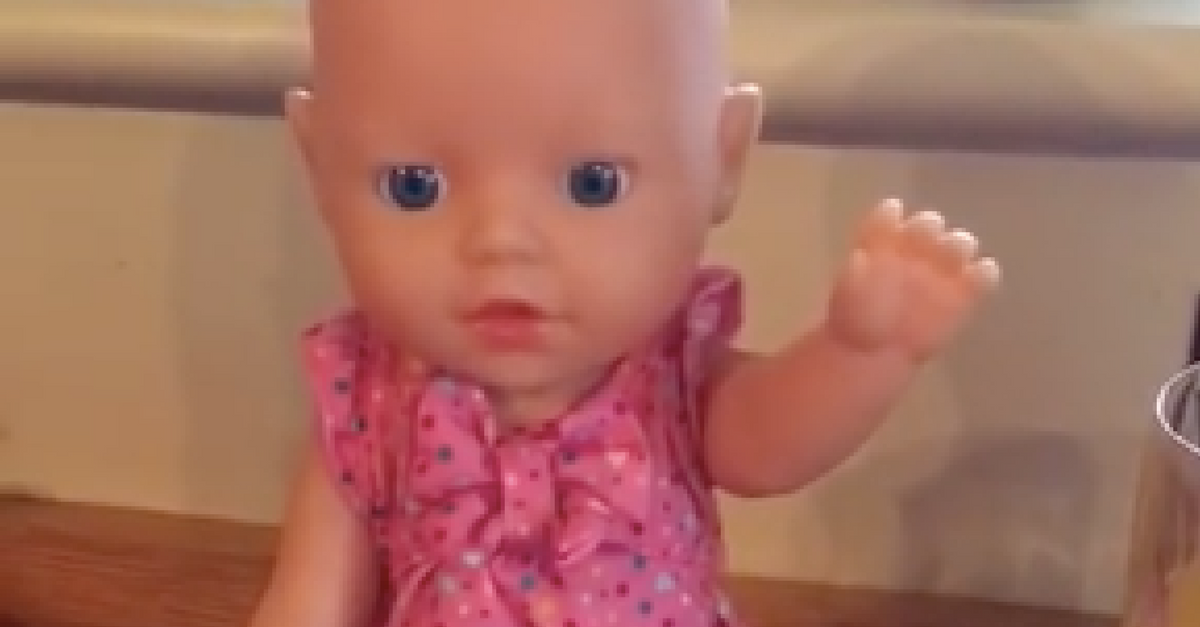 A mom in England is shocked after the talking baby doll she purchased for her daughter for Christmas turned out to have quite a dirty mouth.

Rather than rattling off the list of its prerecorded phrases, Siobhan Fox says her daughter’s “My Little BABY Born” doll is instead hurling obscene insults left and right — even calling her little girl “you bitch.” The concerned mom uploaded a video of the doll’s foul language online, in which the doll’s swearing is clear.

“It’s meant to say ‘mama,’ ‘dada’ — it’s totally not,” Fox told The Sun. “That was what she really wanted and I felt so awful taking it off her but I could not let her go out in public with the doll saying that.”

Fox and her husband decided to take the doll away from their 2-year-old daughter shortly after she opened the gift for Christmas. While the Toys R Us location where they purchased the doll has since offered them both a refund and an exchange, she wants the store to recall the product instead. However, Zapf Creation, which manufactured the toy, said the doll’s “baby babble sounds” were not intended to sound vulgar.

“At Zapf Creation we take all feedback very seriously,” the company wrote in a statement. “Our BABY born products are created to be a fun introduction to imaginative parent-child play. The My Little BABY born Walks doll includes baby babble sounds that are in no way meant to represent language or cause any offense to users.”

This isn’t apparently the first time a “My Little BABY Born” doll has been caught cussing up a storm. In October, another English mom caught her daughter repeating, “you bitch,” and accused the child’s talking doll of teaching her the phrase. Another customer made a similar complaint in an online review, indicating that the doll “sounds like she is swearing.”

Watch: This little girl succeeds at the impossible — getting her toy dog to fetch