Surveillance footage from a Seattle, Wash., Shell gas station shows the moment a gas pump exploded seconds after being run into by an SUV.

According to witnesses who were traveling on a bus near where the incident took place on Monday night, the 2007 Nissan X-Terra sped past them and clipped the side of a Honda Accord, forcing it off of the road. The Honda Accord then hit a tree and split in half, leaving the driver trapped inside for some time before being freed and taken to a nearby hospital with serious injuries. Witnesses said the SUV continued driving eastbound after apparently having tried to brake but losing control.

Witnesses tell me a speeding driver hit this car… Causing it to go off the road & hit a tree. The car was split in half. #komonews pic.twitter.com/QRnHtdZp7U

Suspecting that the SUV had blown a tire, witnesses said the vehicle then went airborne over a curb, through a parking lot and ultimately plowed into the gas pump after missing two others. The pump instantaneously burst into flames that were quickly put out by firefighters. The passenger of the SUV was taken to a hospital for minor injuries, and the driver was evaluated for signs of impairment at the scene, but no word yet on his results. 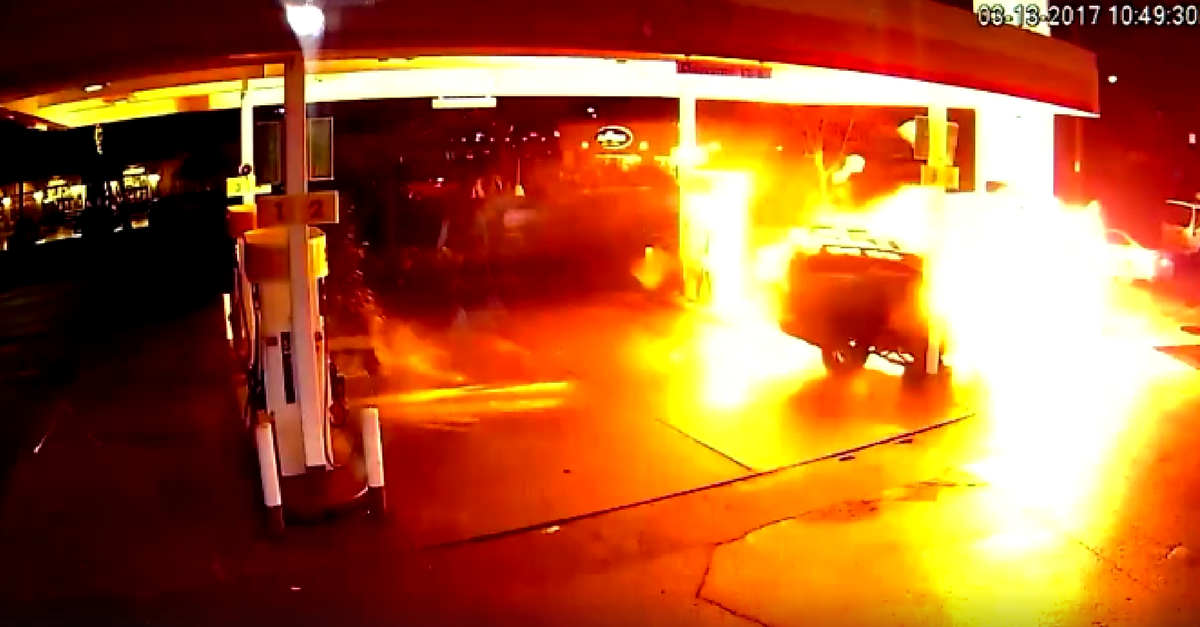