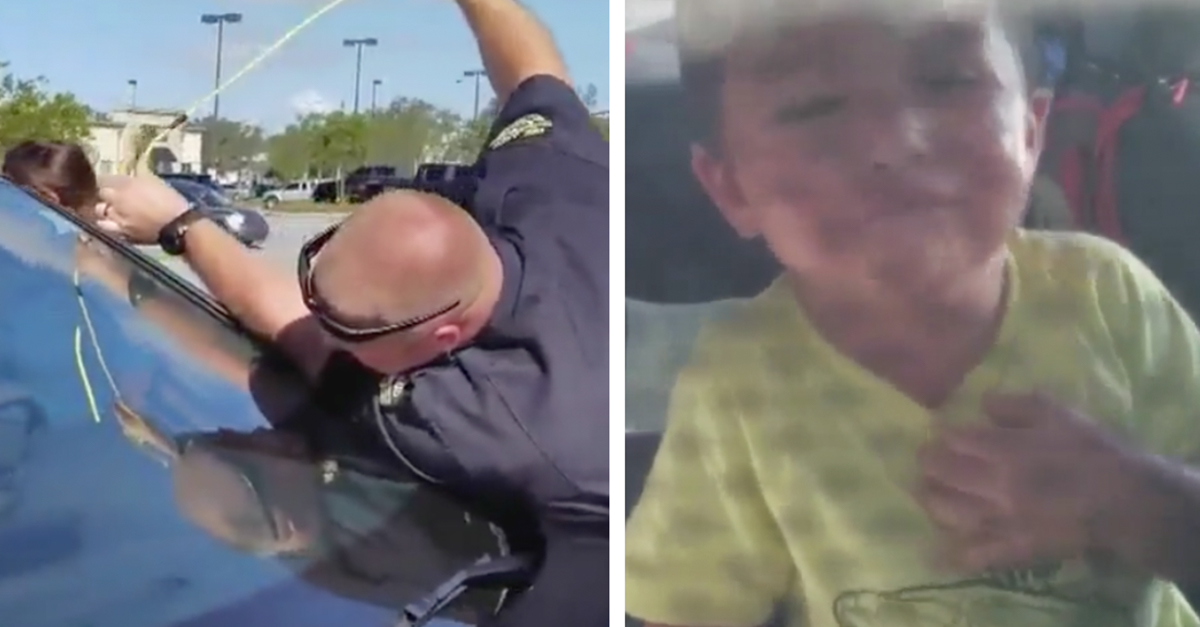 A 2-year-old boy locked himself in his parent’s car this week, causing a 30-minute ordeal that ultimately ended in his resue.

Apollo Rubin’s father recorded firefighters desperately trying to pry open the door of his car. The little boy could be seen in the video, covered in his own sweat and tears.

RELATED: His girlfriend woke up with bites all over — when he flipp

Fearful that Rubin may pass out, firefighters decided to smash into the car.

After Apollo was rescued, his parents praised the actions of the local fire department.

“Orlando Police Department and fire department both showed up right away on the spot and helped us out, so we’re very grateful they were there to help us, and they’re our heroes for the day,” the elder Rubin said.