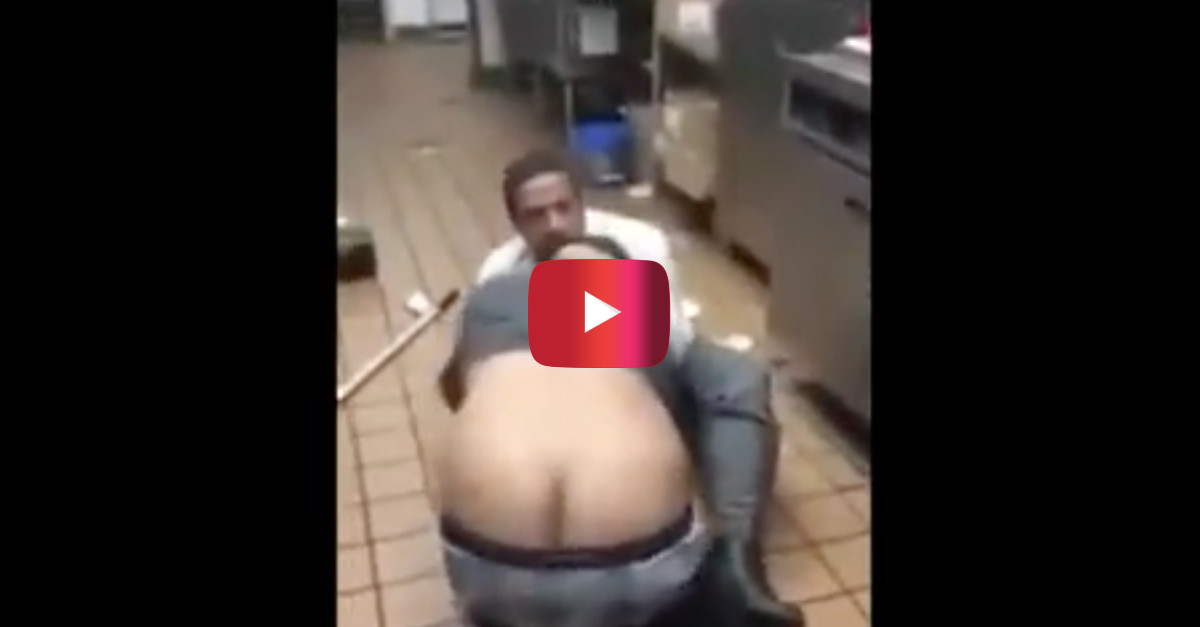 Taco Bell workers Dewayne and Phil, from Youngstown, Ohio, don’t appear to like each other very much.

A co-worker filmed as this heated argument between the two men, which apparently began when Dewayne “disrespected Phil’s sister,” escalated into actual violence in the workplace.

Kicks to the head and testicle grabbing were not off limits.

Also, one of the men had a little bit of trouble keeping his ass in his pants and wound up showing off the ol’ plumber’s crack.

What a comedy of errors this was.