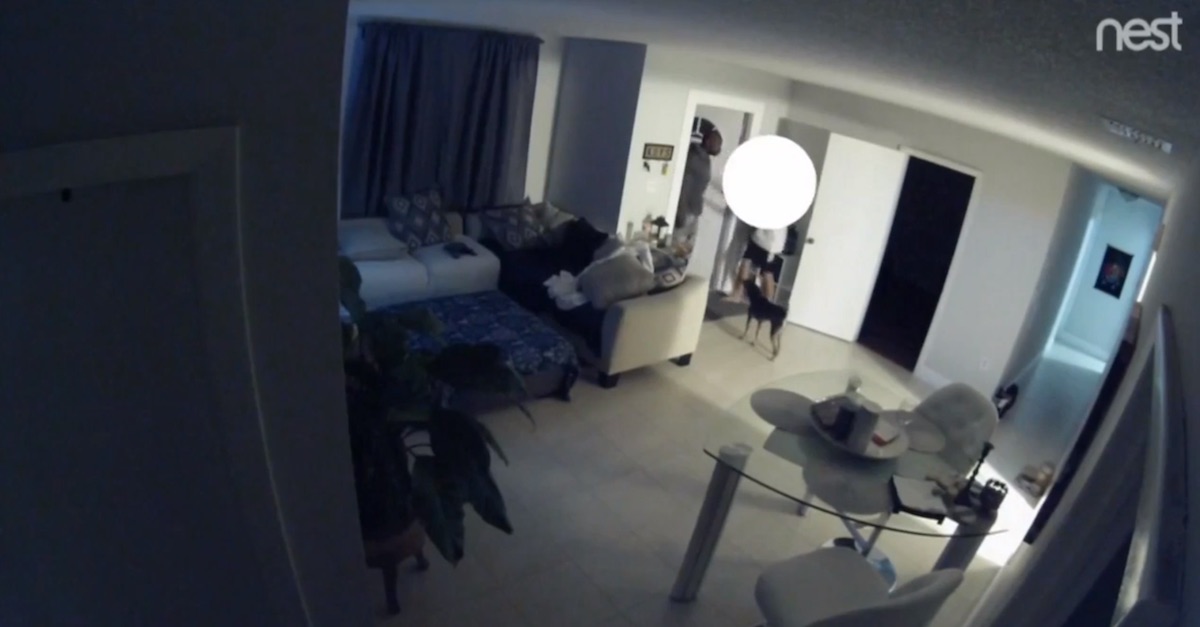 A 14-year-old boy in Florida had a night that he’ll never forget last Friday when he opened the door to two armed robbers. A video of the incident captured the harrowing moment.

RELATED: A game of “cops and robbers” turned deadly when a 10-year-old pointed his dad’s rifle at his older brother

According to WPDF, the boy heard a knock on the door, and when he answered it, the men forced their way into the house. He ran to the kitchen, but the thieves followed him and bound his hands and feet.

The teen was uninjured as the men stole a number of “electronic items” from the home and left through the back door. The Miami-Dade Police Department is seeking the public’s help in finding the men.

In a press release, authorities stated that they are looking for two African-American males between the ages of 28 and 30.

In the video, the robbers can be seen carrying out big screen televisions and, at one point, one of the men even gazes into the camera that captured the entire incident.

There was a sign outside the home that said surveillance cameras were inside, but this did not deter the robbers.