Texas Prisoner Kicks Out Window, Climbs onto Roof of Police Car on Highway 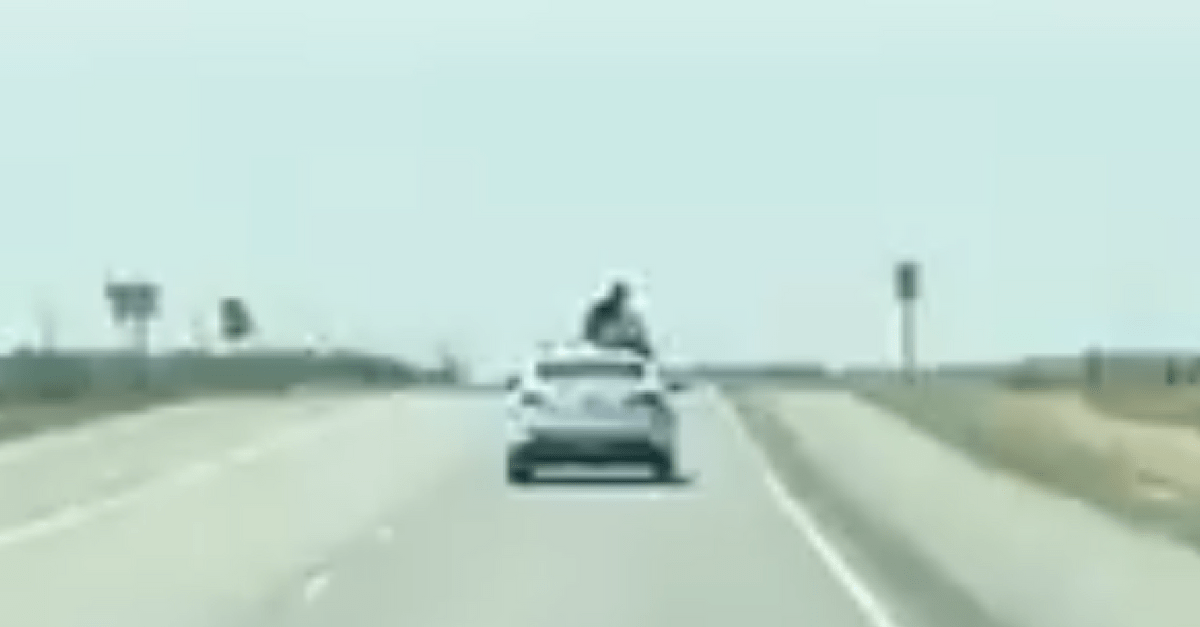 Martin Estrada, a 31-year-old prisoner in Texas, was being transferred from Wichita Falls to the Taylor County Jail on Wednesday, when he decided that jail was actually not a place he wanted to go to. So Estrada, who was in the backseat of a police vehicle and whose hands and feet were cuffed, freed one of his wrists and busted out the rear passenger side window of the police vehicle he was being transported in.

Then Estrada decided it was time to go for broke. He climbed onto the roof of the vehicle, which was speeding down Highway 277, and demanded that the officer driving the car pull over and let him run away or he’d jump off and kill himself.

Video of Estrada on the roof of the police vehicle was captured by another driver.

An Abilene man kicked out the back window of a Taylor County Sheriff's partrol car and climbed on top of it while traveling down the highway.

The officer driving the police vehicle with the ornery and supposedly desperately suicidal prisoner on top of it was having none of this, however. This was clearly a give an inch, take a mile situation to the officer, so the cop called his bluff and just kept on driving.

The balls on that cop. “Oh you’re gonna jump and kill yourself? Cool. Do it. Like I’m really gonna miss a prisoner. One less mouth for the state to feed, d-bag. Go ahead. Jump. What are you waiting for? You jump and I get a paid vacation.”

That had to be a low point for Estrada.

That moment was quickly overshadowed, though, by an even lower point when the car finally did come to a stop and Estrada, who still had leg irons on, attempted to take off running. The police easily caught him, tased him, and tossed him back in the car.

Estrada is in jail now, and being held on a $1 million bond for a bevy of charges and warrants, including robbery and (believe it or not) evading arrest.

The officer who was driving the vehicle has been put on paid administrative leave while the incident is being investigated.