RELATED: Miesha Tate turns the tables and has fun with the cop who stared at her butt

A hilarious Vine making the rounds on the internet captioned “Oakland Police Watching ‘Suspect'” shows a police officer giving staring at the behind of a female who just walked by him after Game 1 of the NBA Finals ended in Golden State Warriors victory.

That face you make when you get caught. 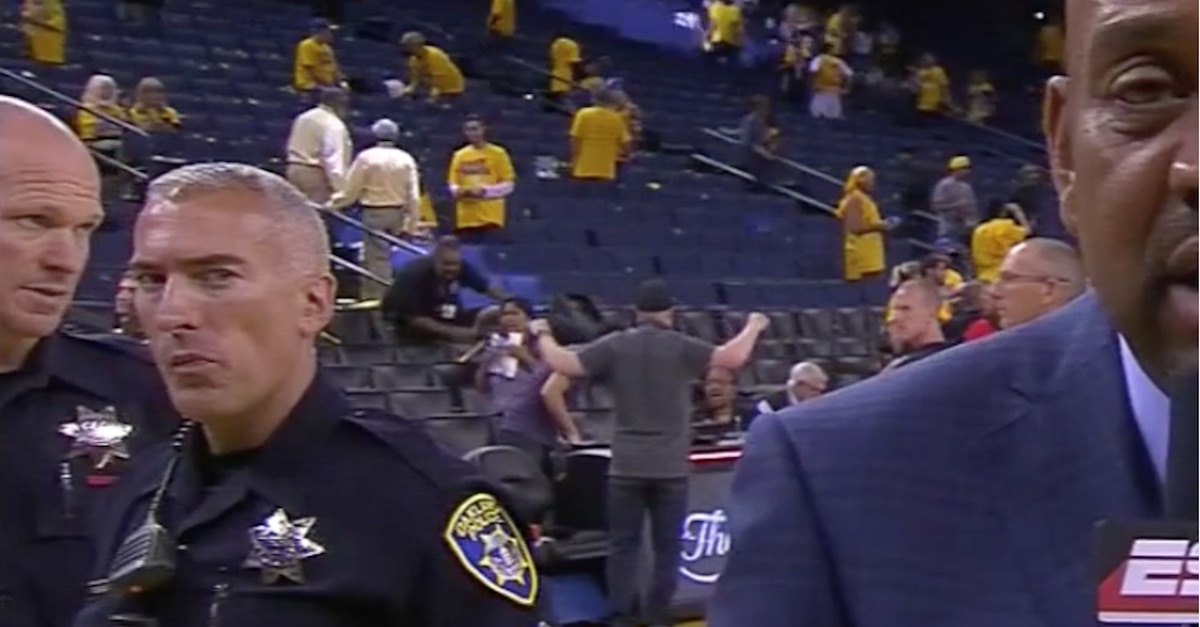