A news crew in Charleston, S.C., caught the dramatic moment when a man tried to rip the Confederate flag out of someone’s hand.

RELATED: A high school pregame ceremony honored police officers and first responders, but here’s how it drew the ire of the ACLU

The secessionist party believed that Newsome’s appearance would encourage vandalism on Confederate symbols in Charleston.

“This attempt to legitimize crime, validate violence, and normalize vandalism cannot be unanswered. We invite everyone to join us outside the theatre in a show of solidarity with the 20,000+ Confederate South Carolinians who died defending the College that now insults them,” the organization posted on Facebook.

Moye’s attempt to take the flag proved unsuccessful and he was quickly wrestled to the ground.

According to the local police department, Moye was charged with disorderly conduct. Clips of his attempt to take down the flag soon went viral.

CPD charges Muhiyidin Moye with disorderly conduct outside of venue where Bree Newsome is scheduled to speak. 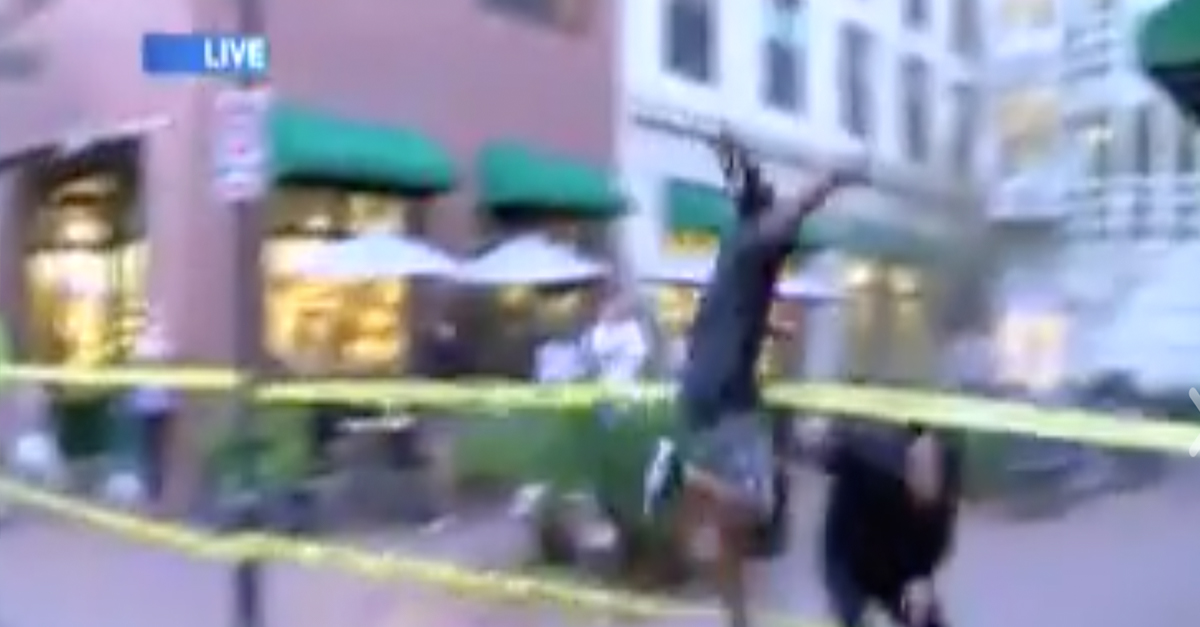