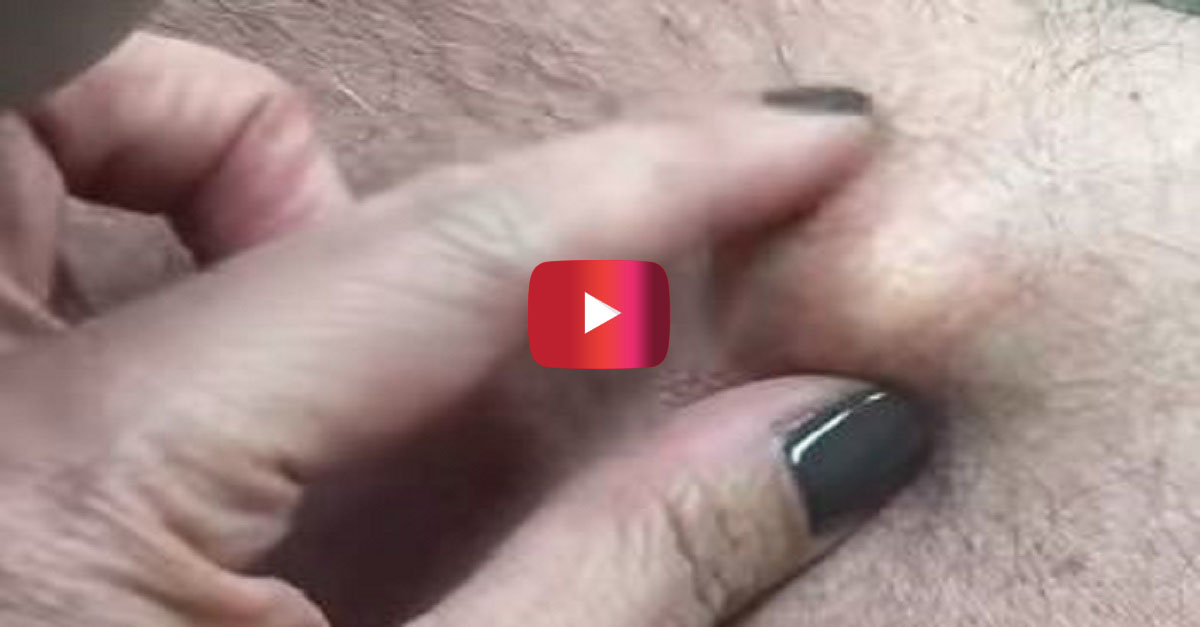 Dr. Sandra Lee, also known as “Dr. Pimple Popper,” uploaded a new cyst-popping video to YouTube named “The Bermuda Triangle: Cyst excision #1.” This time, one guy had some serious cysts on his back, one of which was taken care of.

“An epidermoid cyst (Epidermal Inclusion cyst, Infundibular cyst), is a benign growth commonly found in the skin and typically appears on the face, neck or trunk, but can occur anywhere on the body. Another name used is ‘sebacous cyst’ but this is actually an antiquated misnomer, and is not a term used by dermatologists. They are also the most common type of cutaneous cysts,” Dr. Lee wrote on YouTube.

“The pasty contents are mostly composed of macerated keratin (wet skin cells), which creates this ‘cheesy’ consistency, and there can be a pungent odor. An epidermoid cyst may have no symptoms and are typically harmless. Usually people seek removal [because] they don?t like the appearance of these bumps, or the cyst has ruptured or been inflamed or ‘infected’ in the past. Rupture is associated with sudden redness, [pain], swelling, and local heat, and can lead to abscess formation,” she added.

Although the video is 15 minutes long, things get real around the five-minute mark.

Since Sunday, the video has gotten over 845,000 views on YouTube.

This wasn’t a pretty sight, but this guy must feel a heck of a lot better.