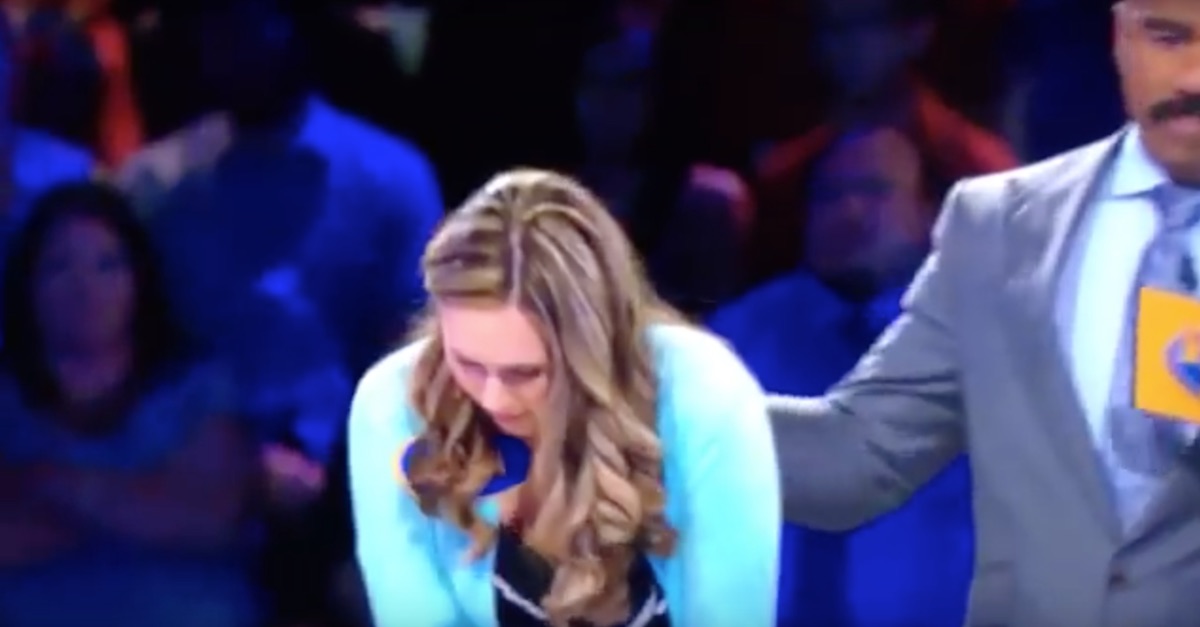 It doesn’t get ANY worse than what happened to Anna in the final round of “fast money.”

RELATED: This ?Family Feud? contestant blurted out an answer so unexpected that Steve Harvey had to take a knee

RELATED: This woman gave an answer on ?Family Feud? that was so bad her opponent laughed in her face

Anna’s teammate Tim got a whopping 182 points, meaning that she needed to get a mere 18 points in five answers.

She got zero. There were no words.

As  her family  looked on in horror and clutched each other for support as Anna managed to mess up every single answer in the Fast Money round. She just couldn’t do it. She repeated answers that had already been given, and threw in some totally random things as she kept trying.  The questions aren’t that hard. This was probably the worst choke ever on the show. Maybe she didn’t understand how the show works. Maybe she had never seen it before.  Probably it was just an advanced case of stage fright.

And guess what? People LOVE to see this kind of thing. Family Feud is one of the most popular game shows in history partly because people enjoy seeing other people in embarrassing situations.  Many say it’s funny because no real harm is done.  They also love to see Steve Harvey’s reactions. That never gets old!