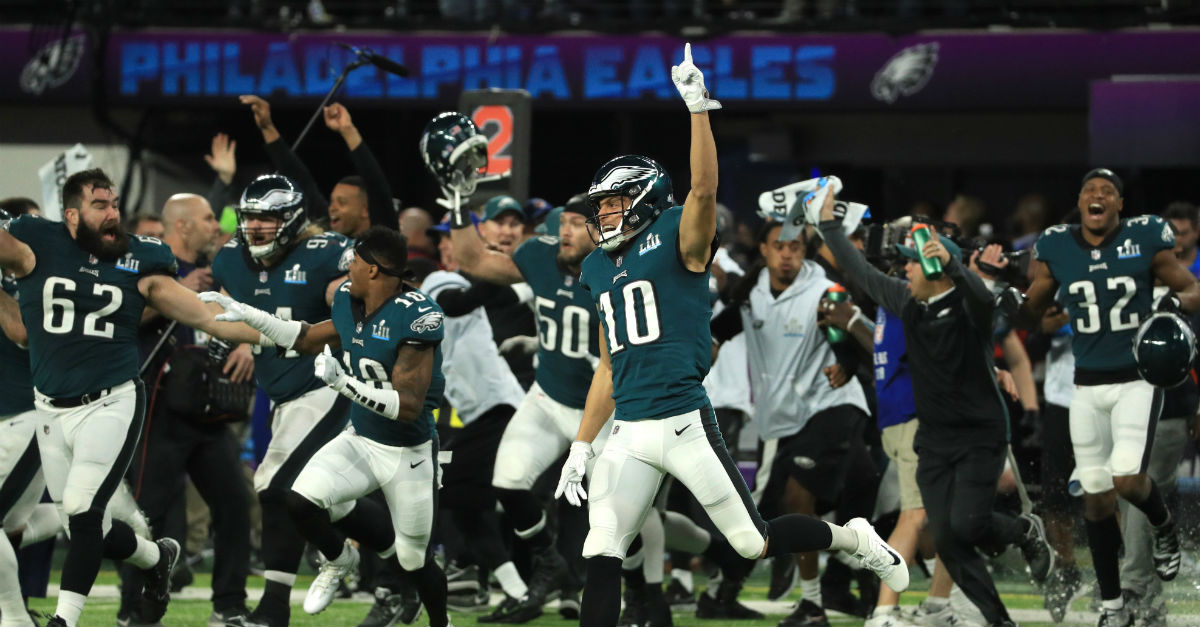 People are still in awe of the way the Philadelphia Eagles displayed their priorities after beating the New England Patriots in Super Bowl LII.

A video of Eagles coach Doug Pederson giving thanks to a higher power went viral earlier in the week. Pederson gathered his players together, they held hands, and the team said the Lord’s Prayer.

“This is wonderful! What a blessing!” said one Facebook user.

“The best way to end the game,” said another. “I liked that [they] gave God the glory [throughout] their interviews.”

Prior to the prayer, Pederson told a reporter that he dedicated the win to his “Lord and Savior Jesus Christ.”

Many expressed support for the outpouring of faith that night.

After all the celebrations and confetti Justin caught up with the 3 Eagles QBs Nick Foles, Carson Wentz & Nate Sudfeld along with Zach Ertz who scored the winning TD. They were in a room by themselves—praying and thanking God. It was great for him to see that. pic.twitter.com/wDWgg2u01X

This is not the first time members of the team have put their faith on full display.

The Thursday before the Super Bowl, Quarterback Nick Foles told reporters that he already knew his plans for his post-football career.

“I want to be a pastor in a high school,” he said. “It’s on my heart. I took a leap of faith last year and signed up to take classes at seminary. I wanted to continue to learn and challenge my faith. It’s a challenge, because you are writing papers that are biblically correct. You want to impact people’s hearts.”

Wide receiver Marcus Johnson was baptized in a hotel pool earlier in the season. His teammates were with him for the life-changing moment.

Former Eagles backup quarterback Chase Daniel, who now plays for the New Orleans Saints, once said that the Eagles were “the most spiritual team [he has] been on” in the league.