The Scariest Bridge in the United States 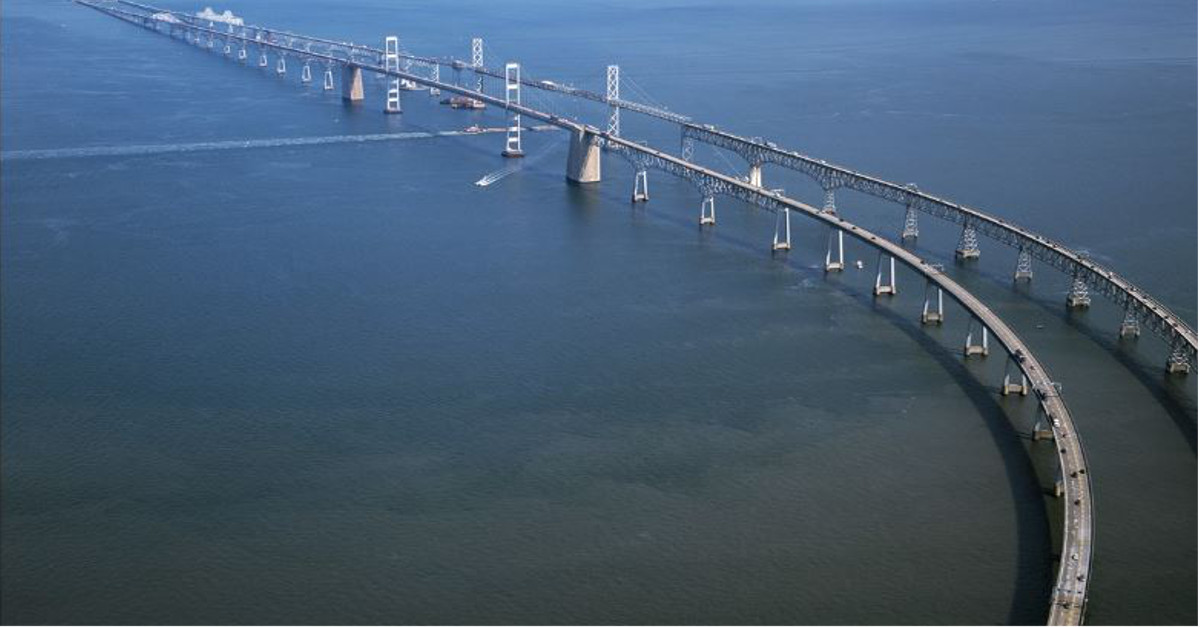 The William Preston Lane Jr. Memorial Bridge, known as the Chesapeake Bay Bridge, is widely considered the single scariest bridge in America ? and it instills fear in the thousands of Baltimore, Maryland, and Washington, DC, drivers who use it every day.

It?s not necessarily the most dangerous but it terrifies most motorists, especially if they have a fear of heights or they get claustrophobic when on a narrow bridge.

The bridge itself can get around 200 feet high in certain parts and is nearly 5 miles long across the bay itself. The drive is so daunting for certain commuters (gephyrophobia, is the fear of bridges) that a man named Alex Robinson launched a booming business that drives people, in their cars, over the bridge. Drivers keep the conversation casual and light and act almost like a therapist of sorts for people who begin to feel panic attacks mid trip!

In 1947, the General Assembly, under the leadership of Governor Lane, passed legislation to begin construction on the bridge. Construction began in 1949, and it opened to traffic on July 30, 1952. It cost $45 million to build at the time, and it was the longest continuous over-water steel structure and third-longest bridge in the world. Each day, about 5,800 people drive back and forth over the Chesapeake Bay Bridge.

Would you dare to cross the bridge?