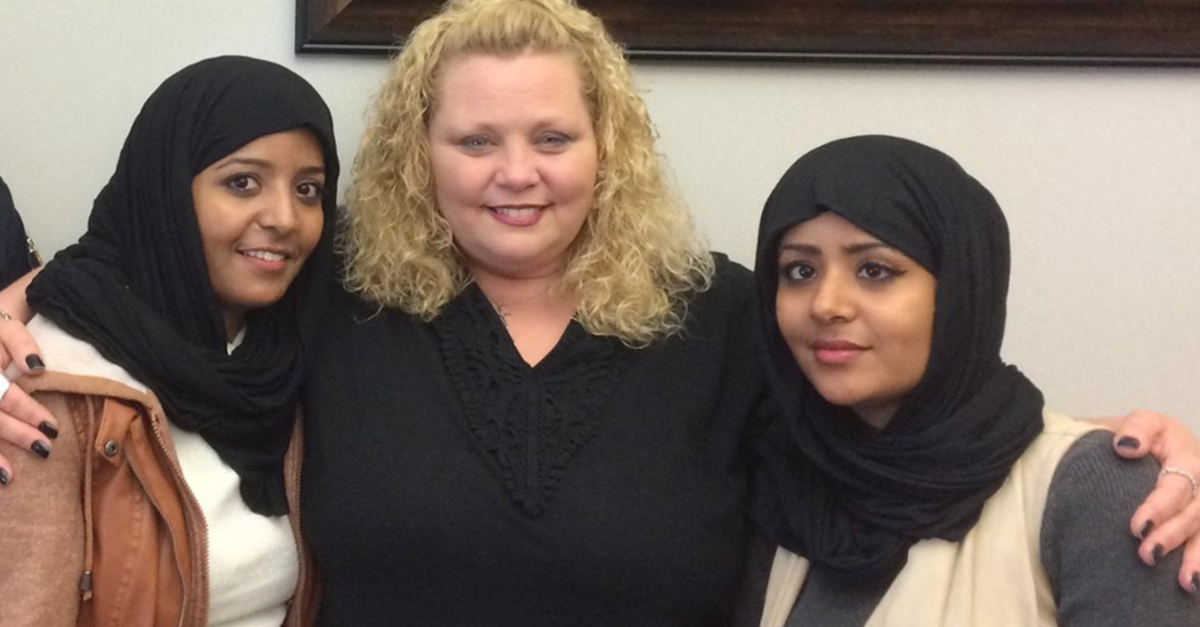 On Tuesday night, a North Dakota woman was caught on video arguing with three Somali women. The edited video clip shows Amber Elizabeth Hemsley threatening death to all Muslims, and chastising the women for their heritage.

RELATED: A woman is apologizing after her racist tirade against three Muslim women went viral

Hemsley later claimed that omitted portions of the video would show the women yelling “fuck Jesus” and “fat bitch” at her.

The video quickly went viral, and a mortified Hemsley attempted to make amends.

On Thursday, Hemsley met with the three young women she directed her anti-Muslim ire at with police present in Fargo, North Dakota. According to all of the women involved, the unfortunate incident is now in the past.

“It was not a Christian-like thing to do AT ALL and wish I could take it back,” she told KVRR.  “I lost my cool, and I can’t. I am terribly sorry. I just wish that the whole video could be shown,” she said.

With an openness to reconciliation, these women have come together and talked through this incident and expressed their sincere regrets, apologies and most importantly – forgiveness to each other. This process has also allowed them to gain understanding and respect for each other.