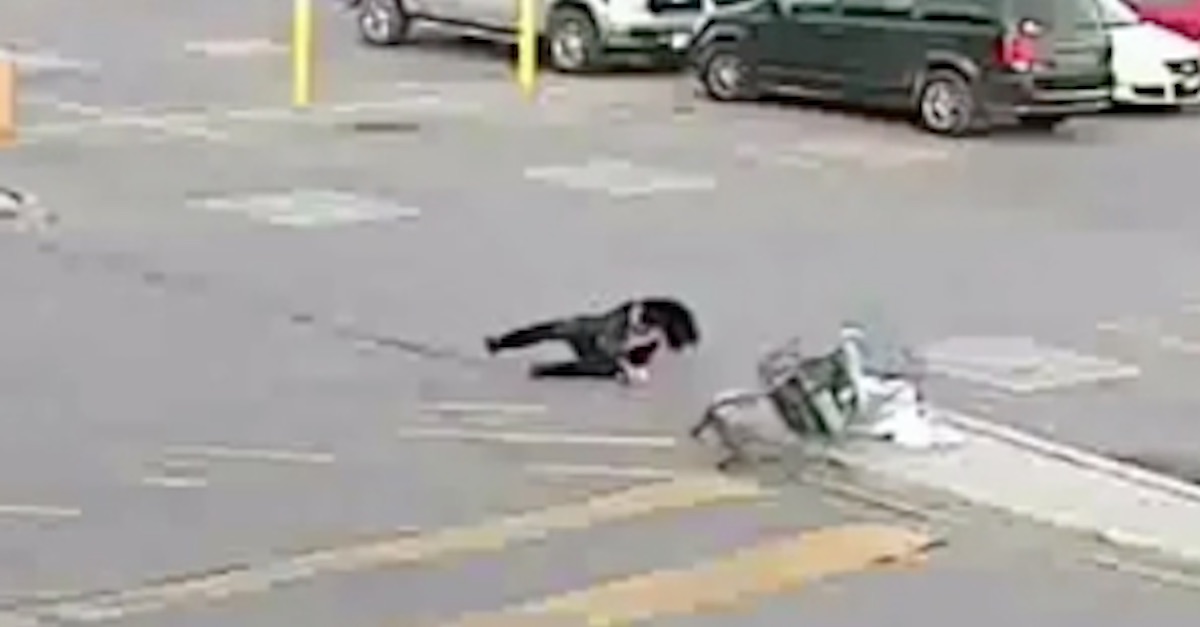 Walmart is known for its rollbacks, but one woman tried a roll-away, and it didn’t end well.

RELATED: A homeless Texas woman with meth in her bra lured two young boys to Walmart with promises of candy

A woman who tried to flee from a Walmart in Ontario, Canada, with goods valued at more than $650 just days after she successfully stole $2,500 worth of products foiled herself by tripping and falling to the pavement.

CTV reported that the woman, who has been identified, left the stolen stuff on the ground and ran after she epically failed during her escape.

Police up north are still looking for her and believe that in previous shoplifts, she was aided and abetted by men in their 30s and women in their 20s. This woman is believed to be in her 40s.

The cops tweeted the embarrassing fail in the hopes that the public can help in locating the women and her alleged partners in crime.

RELATED: Police busted a Walmart employee after he took a card game dispute a little too far

The search for them is still on, and it’s probably only a matter of time before they’re caught. And maybe, just maybe, that event will be just as embarrassing.

If you play with fire, you’re going to get burned eventually.