Video has surfaced of the daughter of Reverend Al Sharpton, Ashley, smacking and swearing at a New York City cab driver over the weekend on her 30th birthday. The New York Daily News has the full footage, which looks to have been shot by someone traveling with Sharpton.

The situation began when the driver, identified as Georges Coly by the New York Daily News, pulled his cab over, claiming Sharpton and a companion were giving him unclear directions. Then, he says, someone took his key.

RELATED: Al Sharpton’s daughter was arrested after she allegedly got physical with a cabbie on her birthday

“You have my key!” says Coly, who begins to call police. Sharpton denies it but aggressively invades his space, threatening, “If you put your hands on me it’s going to really be a problem.” 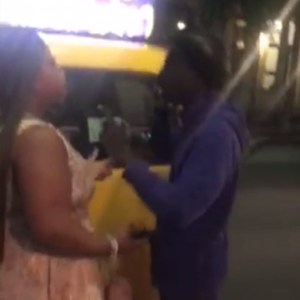 The group spills into the street as they attempt to hail another cab, and Coly tries to track down his key and call the police.

As Coly pushes away a man in the group, Sharpton intervenes again, calling the him a “b***h” and appearing to shove him. He seems to fight back, prompting one of Sharpton’s companions to tell him, “You gotta relax with your hands … Stop with your hands. or we’ll get it popping.”

Sharpton was later arrested and charged with petty larceny, according to the New York Daily News and the New York Post. 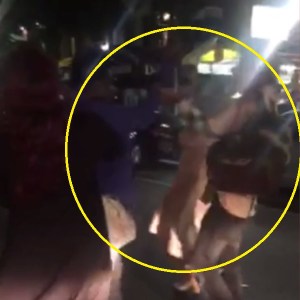