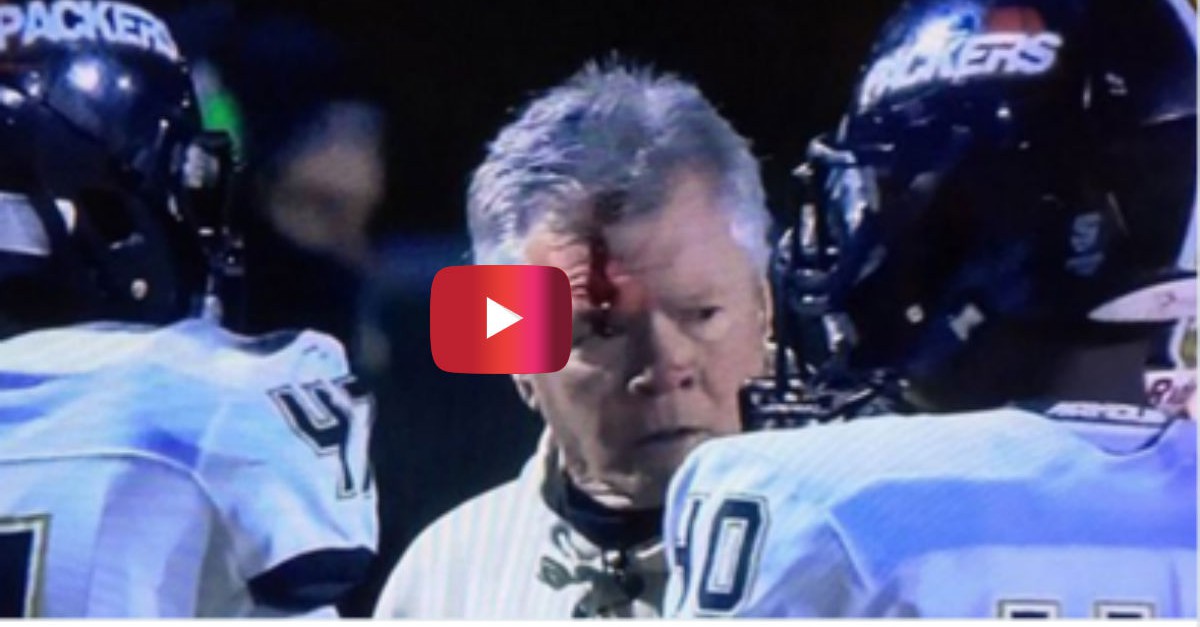 In a game between Colquitt County and Mill Creek, Colquitt coach Rush Propst appears to headbutt one of his players on the sideline in the second quarter.

Rush Propst was bloodied after headbutting a player on the sidelines during a game.

Colquitt County is the defending AAAAAA state football champs. They beat Mill Creek 52-31 Friday and earned a spot in the state championship game.