Definitely don’t cut off these two guys and their Ursa Motor.

A video uploaded to YouTube and Liveleak appears to show a man riding a motorcycle with an enormous brown bear in the sidecar, likely one of many subspecies of brown bear native to Russia.

RELATED: This bear got hungry so, of course, it went for a dive in the dumpster

While the uploader — named on Liveleak as Igor Novikov — is speaking Russian, judging from the tone of his voice, he’s as curious (and incredulous) about the encounter as we are.

He pulls alongside the motorcycle and sidecar twice, capturing the bear and two men riding in comfort and style.

They’ve all clearly done this before. We’re not exactly sure how the bear stays in the sidecar — how does one go about getting an appropriate seat belt for this?

The uploader says this happened in Arkhangelsk, Russia, which is in a remote northwestern part of the country, several hundred miles from Finland. 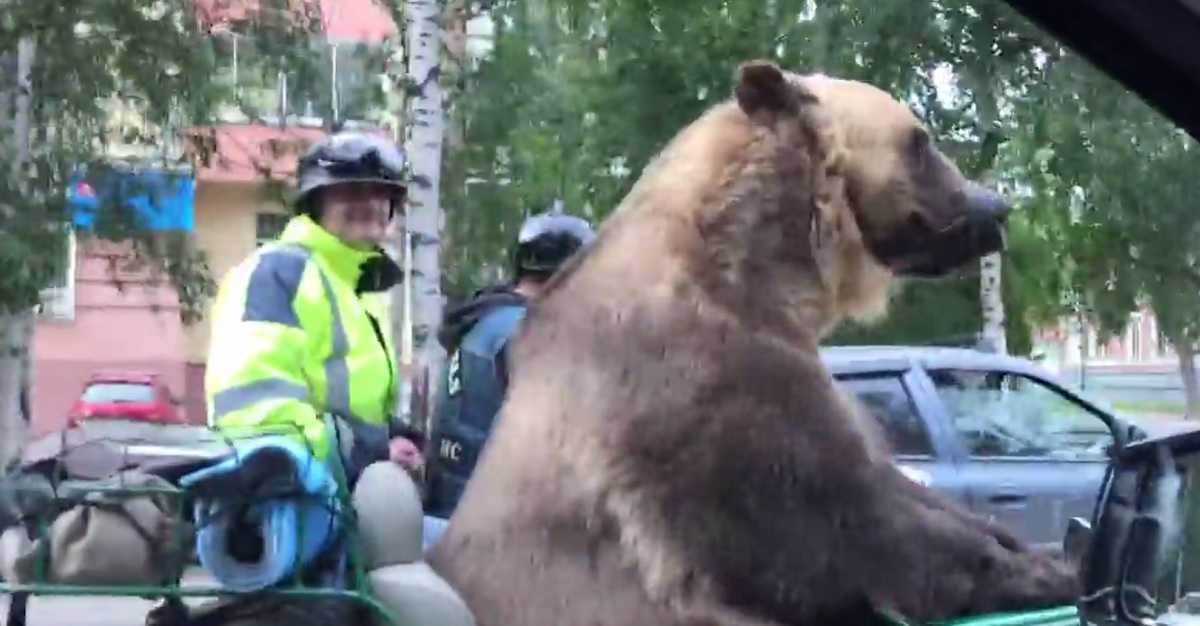