Adorable Golden Retriever Fails to Catch Food in His Mouth 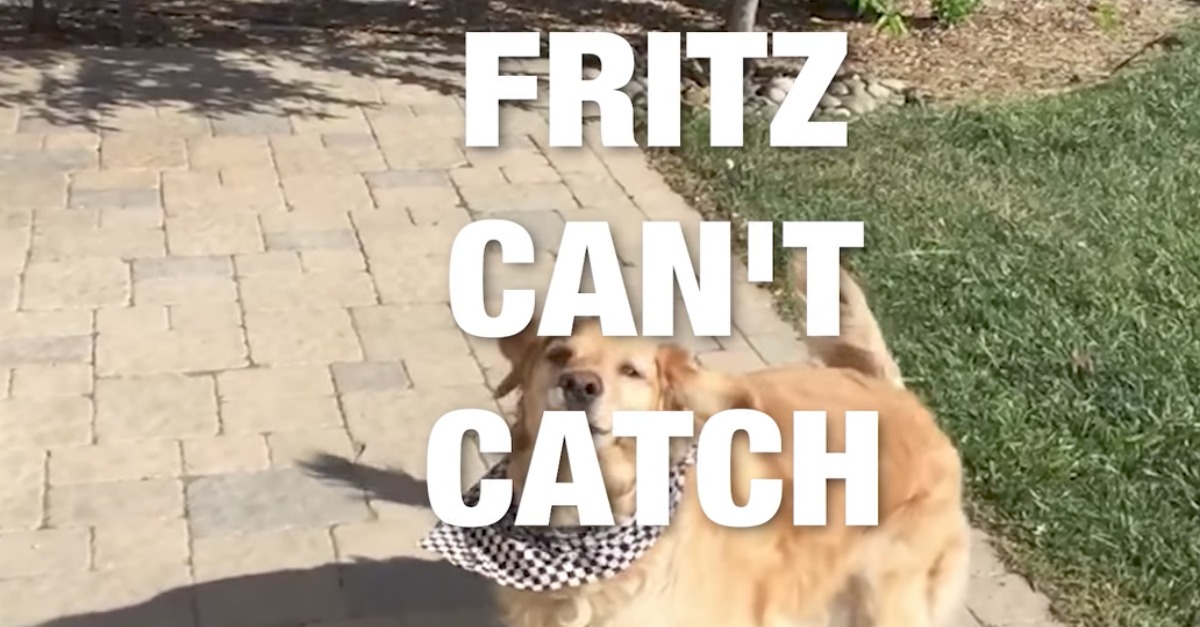 It’s certain that Fritz, an adorable golden retriever from California, has skills. Catching food that is thrown to him, however, is not one of them.

Fritz’s owner seized a moment to go viral when he realized this good boy simply could not catch food in his mouth. He started with a hilarious video of this canine attempting to catch an artisan bread roll, and continued making adorable videos of Fritz trying to catch other foods after the first one became popular.

I’m sure this golden retriever didn’t mind, considering he was going to get to feast anyways. These videos consisted of Fritz eating a banana, hot dogs, a steak (specifically a medium rare rib-eye!), a taco, a donut, a chimichanga, small meatballs, broccoli, dog treats, and even an Easter egg.

Fritz’s owner made the videos even more interesting over the years by upping the game a little. Along with crazy video edits, including slow-motion shots of one item virtually thrown after another, Fritz was attempting to catch all sorts of combinations of foods. Peanut butter sandwiches, spaghetti tacos, and meat pies entered the game, but it didn’t intimidate Fritz in any way. I mean, how could a dog be intimidated by a bunch of food getting thrown his way to eat?

Well, as Fritz’s fans followed his Youtube Channel, “Fritz Dog,” they were able to watch Fritz grow up to be a great doggo. They got to see Fritz get a new little brother named Gatsby, There’s another adorable introducing Gatsby as Fritz’s “little mentor.”

If the coronavirus is getting you down while quarantining, you should check out their Youtube channel and their Instagram page. These videos contain solid entertainment, and nothing is more wholesome than watching adorable pet videos. Make sure to take a little ride down memory lane too and watch Fritz’s first videos!

Editor’s note: This article was originally published on August 12, 2017.

Watch: Dog Pretends To be Stray For Free McDonald’s Burgers