Just about everybody can agree that shooting at stuff is fun, but one marksman had a tough time when he decided to shoot a refrigerator full of explosives. According to the video, the fridge was full of Tannerite, which is a type of explosive commonly used for firearms practice. However, it’s not recommended that you fill a kitchen appliance with the stuff.

RELATED: This dude’s bigtime mistake at a gun range really came back to blow up in his face

And this shooter definitely wasn’t expecting the door of the fridge to fly off and head straight toward him post-detonation. Thankfully for this lucky fellow, the door barely missed him and the tree that he was hiding behind. Some commentators on YouTube have suggested that the video might be staged, but real or not, this is enough to give us goosebumps.

RELATED: A armed robber walked in thinking he had it in the bag, then every customer pulled out a gun 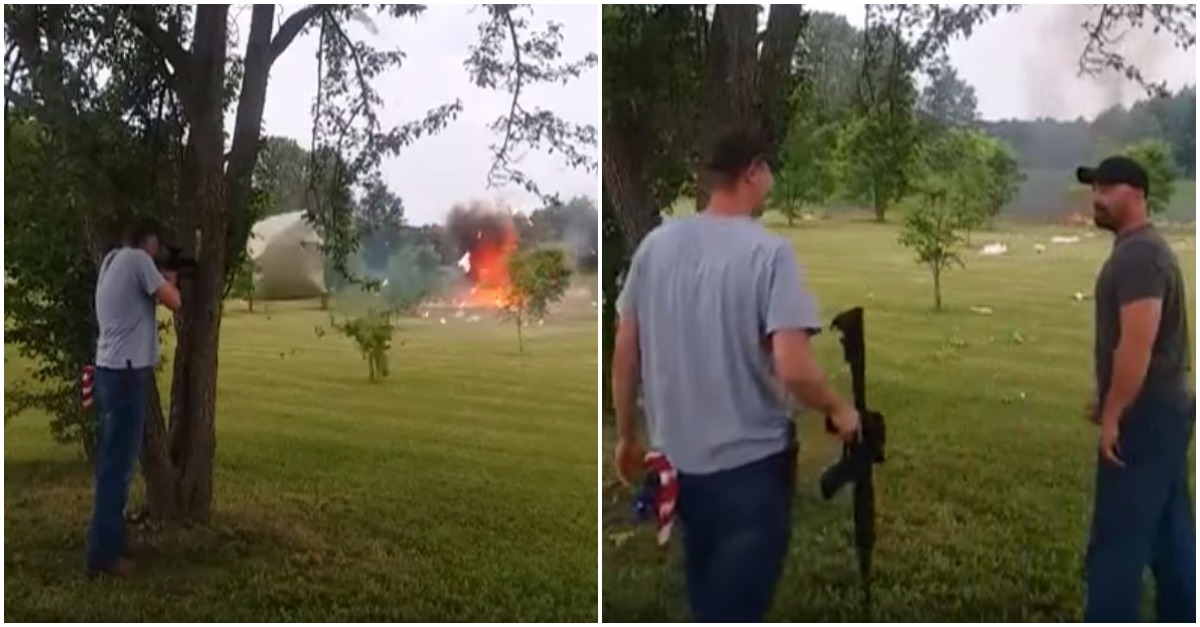