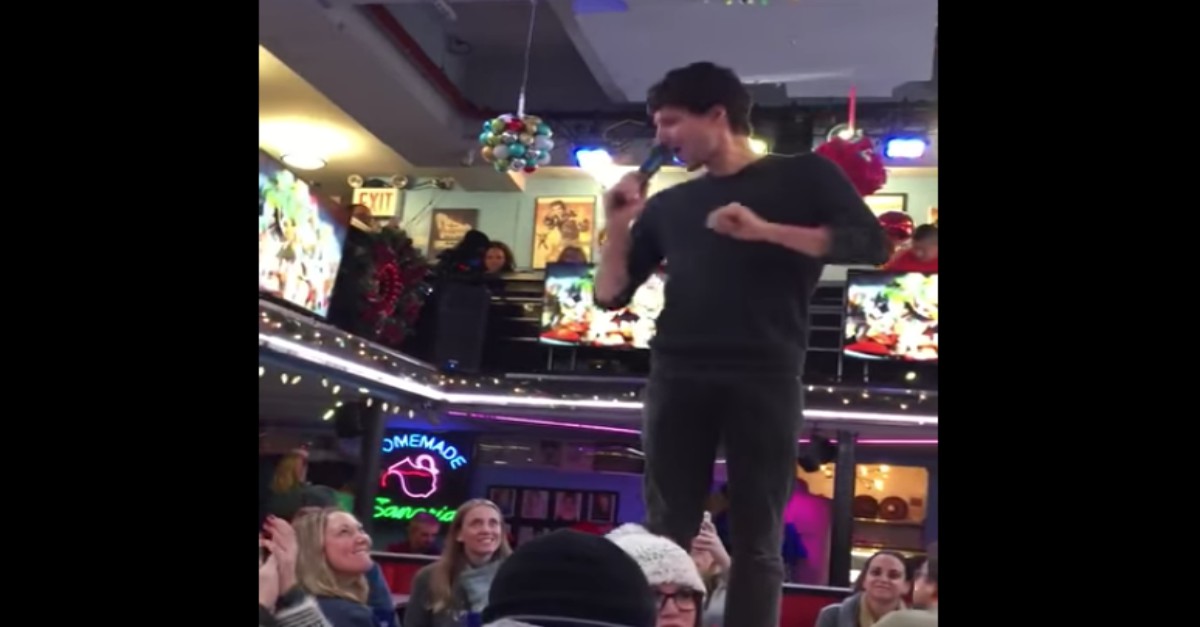 The musical opening number, “Belle,” in Disney‘s Beauty and the Beast, is quite much for one person to perform. Especially when that one person performs every single part by himself. But Brian Esposito, a waiter and actor at Ellen’s Stardust Diner in New York City, New York, proved that to be child’s play in this one-man Broadway worthy performance.

In this video that was trending back in 2017, Brian Esposito sings every part of “Belle,” executing it even down to changing his voice to fit each character and to all the monologues. In the song, there are many, MANY village people singing different parts about the “provincial town,” starting the story of Beauty and the Beast by painting the setting of what everyday life looks like for the main character, Belle.

Nevertheless, the one-man show is clearly very good at it, considering the fact that he’s constantly switching from the part of Belle, who has the voice of a dainty Disney princess, to Gaston, whose voice comes from a big ol’ tough guy.

That also wasn’t the last time Esposito performed a song from a Disney movie. On Esposito’s Youtube channel, there’s another video of him performing “I Put a Spell on You” from Hocus Pocus, but wearing a full-on Maleficent outfit. It’s no wonder this guy is an actor, singer, and theater performer; he’s incredibly talented and entertaining!

We look forward to more Disney covers from this massively talented and dedicated performer. In fact, someone get him to one of the Disney parks, Disneyland or Walt Disney World, it doesn’t matter. They could always use more real life performances, and I’m sure he would bring in more crowds. Not that Disney needs any more attention, but I’d like to see Esposito try The Little Mermaid now.

Editor’s note: This article was originally published on December 29, 2017.

Watch: Why Julie Andrews Thanked Jack Warner for Not Casting Her In ‘My Fair Lady’