Usually, that is. When it comes to California’s snake population, not so much.

RELATED: Nightmare fuel: hunter finds a 12-foot python in the Everglades and almost 40 more on the way

That sure seems the case in a video Solano County posted to their Facebook page.

“They say a pictures worth 1,000 words! If so, an 8-Second video should be worth a 1,000 likes & shares!” the sheriff’s office wrote on Facebook. “Yesterday, our very own Deputy Coroner, Amy Thurau, ‘Who for the record is usually hard as nails and resilient to ANY critical incident, devastating crime scene or catastrophe,’ cleared a LARGE deceased snake from a county roadway….well?…. We found ONE thing Deputy Thurau is not so comfortable with…snakes!”

It’s not clear why the police are tasked with clearing dead snakes from the road, but Deputy Thurau isn’t having any of it. She’s wearing gloves, but really, really reluctant to deal with the roadkill.

Which is understandable — that thing is big.

It takes three attempts, but she finally throws the big reptile off to the side of the road. She couldn’t find a stick, we presume.

Seems like something about your partner roasting you with “Come on, you’re a coroner!” got the job done! 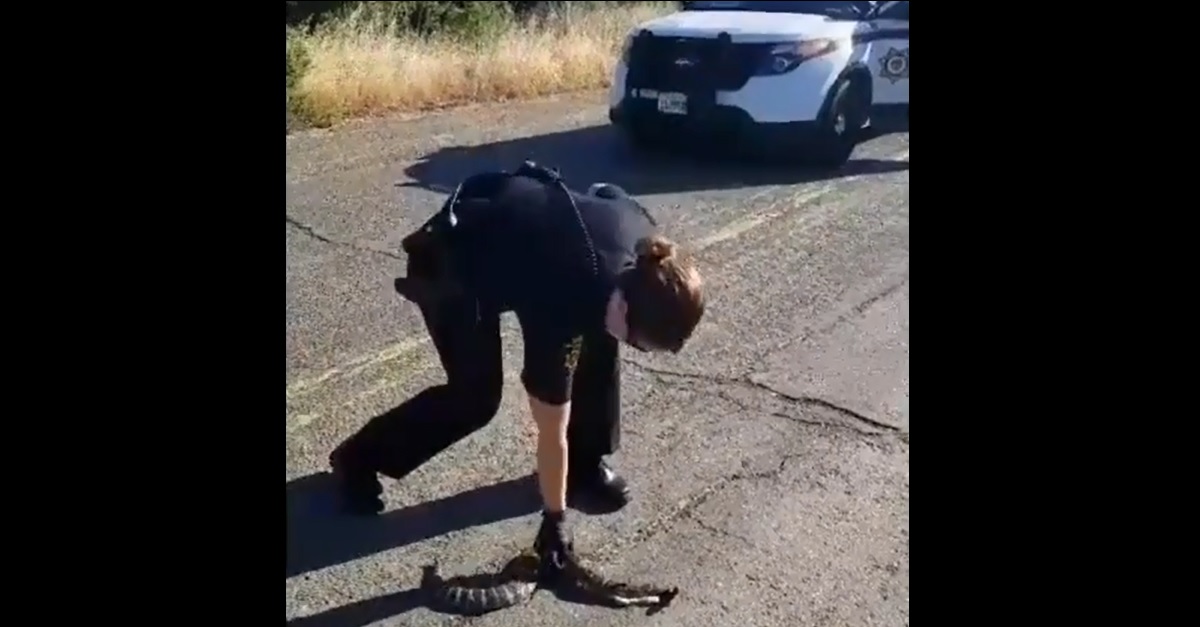