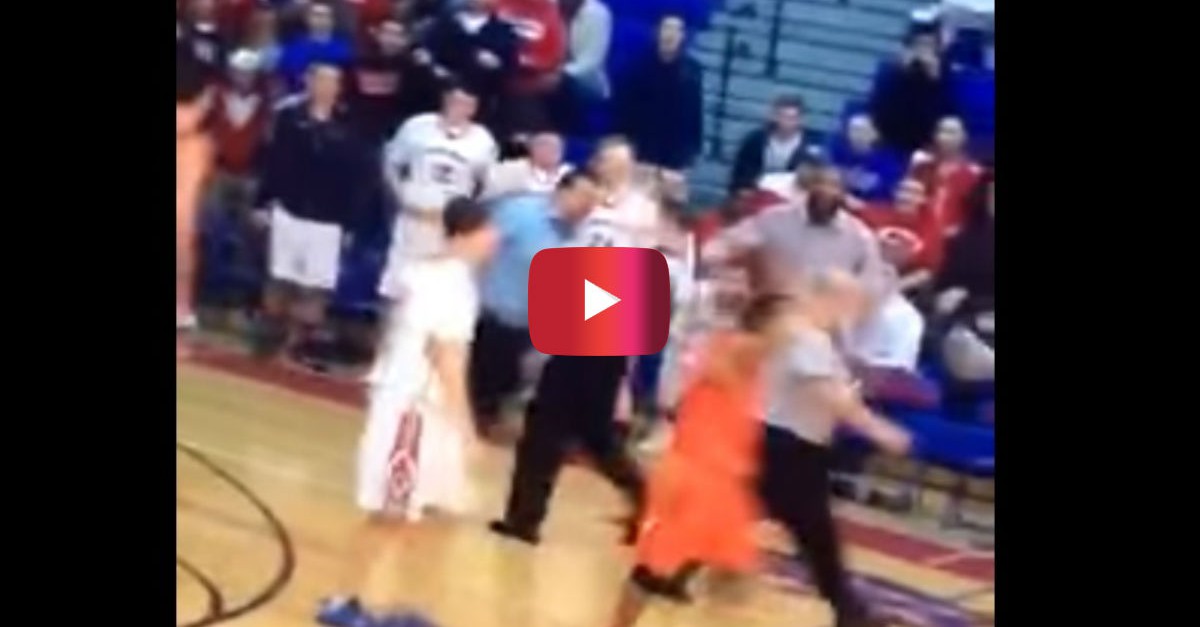 We know that as a basketball coach you’re supposed to use your head, but this guy took that way too literally.

Jeff Devine, the head basketball coach of Pennsylvania high school Neshaminy, was placed on administrative league by the school district after he headbutted a referee after an offensive charge call negated a crucial basket that would’ve made it a three-point game with only 30 seconds to play.

The video from our broadcast of what appears to be Neshaminy Head Coach Jerry Devine headbutting an official. pic.twitter.com/TLEAvwJXG4

Possibly the weirdest thing about this is that Devine didn’t even headbutt the ref who made the call. Come on, man.

This official statement was released by the Neshaminy School District:

“Mr. Devine has been placed on administrative leave pending the outcome of that review for both his teaching and coaching positions. The athletic program at Neshaminy places the values of fair play and sportsmanlike conduct above all. We expect our coaches and staff to teach and uphold those principles, while acting in a professional manner at all times.”

Maybe anger management courses wouldn’t be such a bad idea.