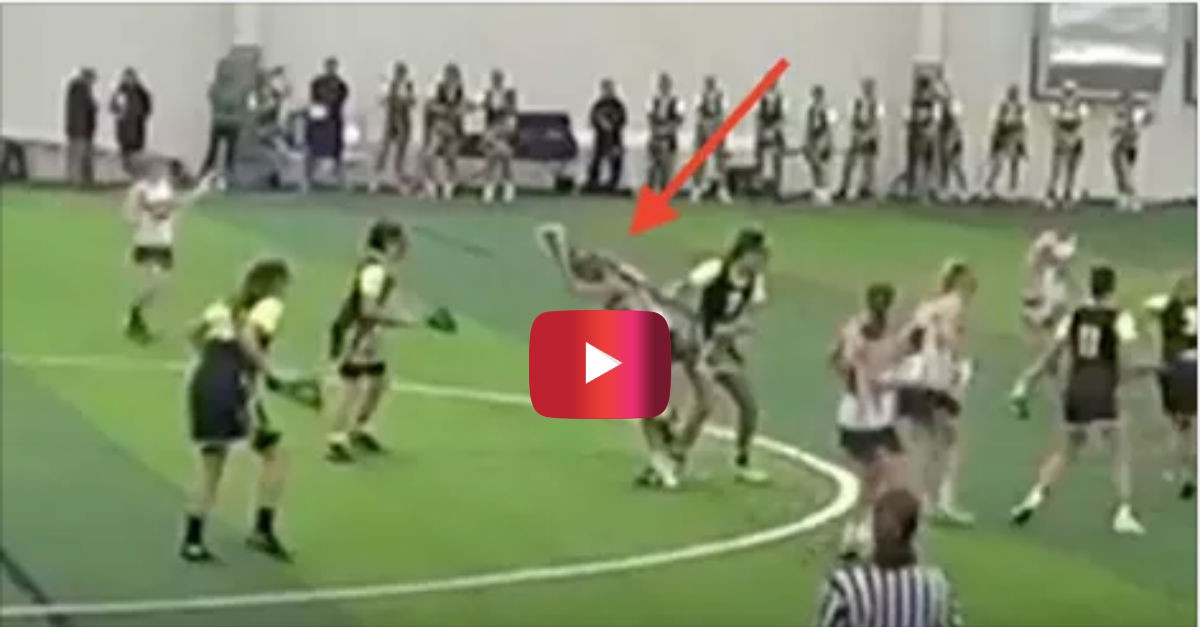 For those that don’t play lacrosse it can be a tough game. There’s a lot of jostling for position, sticks flying everywhere, and sure, some players get hit, and hit hard.

This Oregon Ducks player took that to a new level.

The Ducks player bashed a player from Detroit Mercy three times — not once, not twice, but three times — across the head with her stick in a cheap shot display that should do into the cheap shot Hall of Fame.

Deadspin identified the Ducks player as Jackie Moccia and the Detroit Mercy player as Lexie Kinmond. Here’s what Detroit’s head coach Laura Maness had to say:

The refs missed all of these cheap shots as they happened off ball, but early in the game she was issued a yellow card for another hard foul. Her behavior escalated throughout the game. Oregon athletic department, the Mountain Pacific Sports Conference, and the Officiating assignor have all had access to the video footage afterwards as we wanted to bring them in the loop of what had happened, and we were seeking discipline action to be taken. At no point did anyone involve ask me about the well being of my student athlete. When she got off with a 1 game suspension for what was 3 separate ejectable offenses we decided it would be best to share the video on social media to bring to light the importance of safe play, and to try to preserve the integrity of the game that we love.