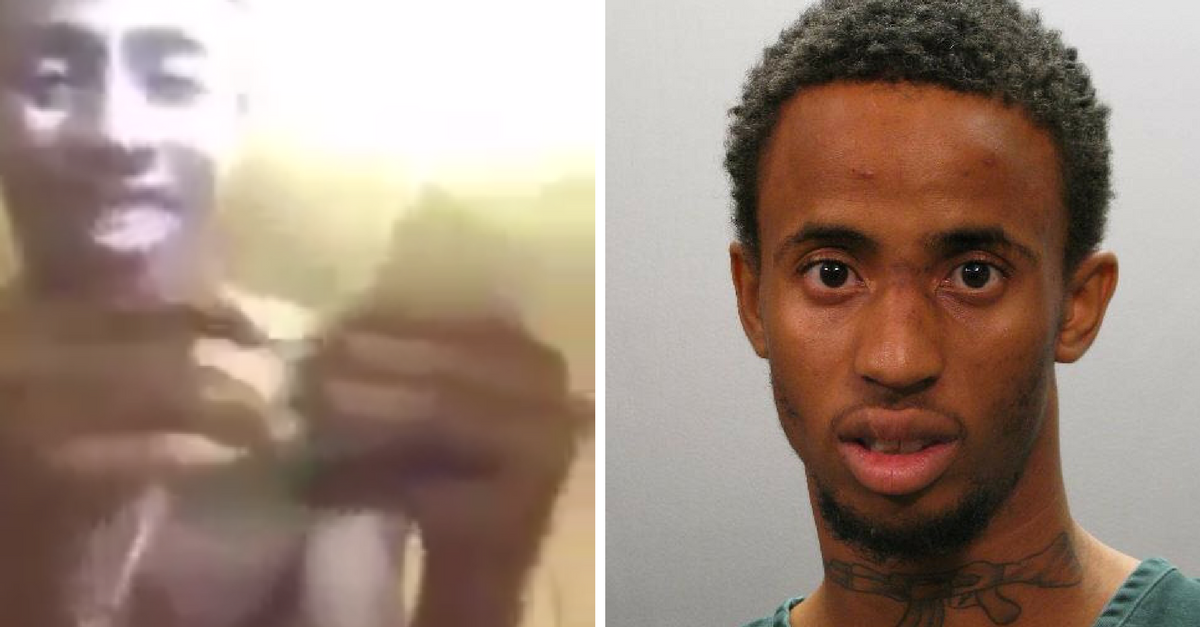 A Florida man who was busy flashing a stack of cash on Facebook Live was interrupted when police raided his home mid-broadcast.

Breon Hollings, 22, can be seen on the video bragging about his money when authorities called out to him on a loudspeaker from outside his home. He immediately dashes out of the room and out of the camera’s view. Police then enter the house and march through the room wearing heavy gear and holding flashlights.

RELATED: A musician is dead after he set himself on fire on Facebook Live and charged into a bar at his ex

The Jacksonville Sheriff’s Office confirmed that the raid was planned and was not sparked because of the video.

RELATED: Another shocking thing has happened on Facebook Live: a meth-fueled hostage-taking of a man driving a truck