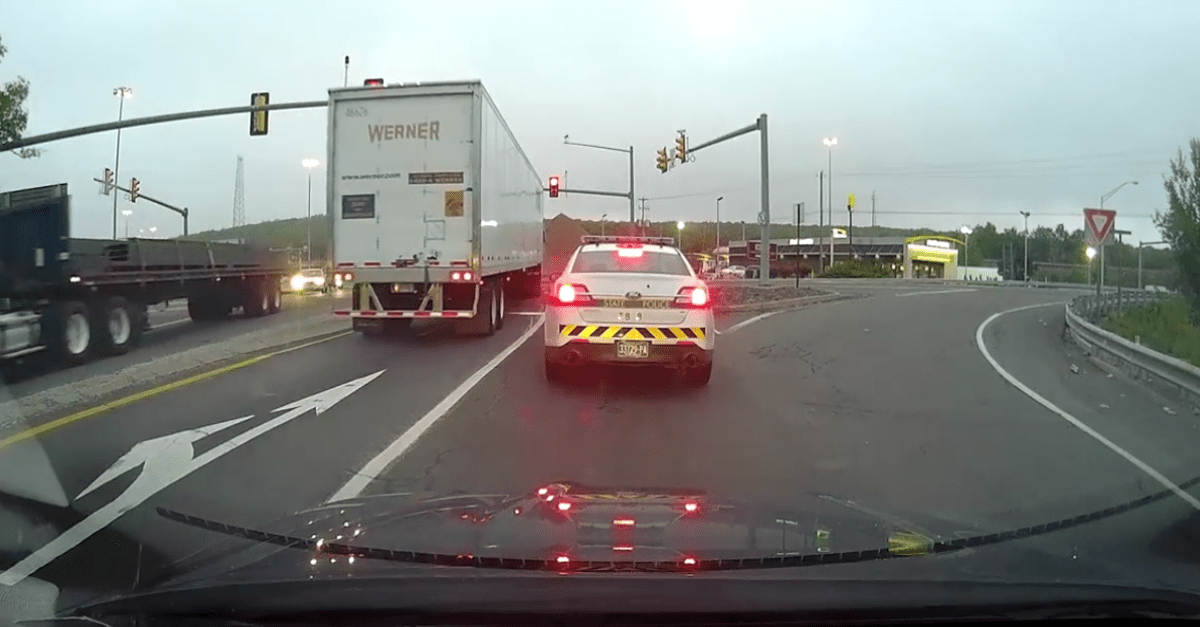 It’s never a good idea to run a red light. No matter how late you might be, running a red light is a dangerous idea, red light cameras are everywhere and we’ve all seen too many videos of accidents caused by drivers who tried to push through a red light.

RELATED: If you’ve ever run a red light, one careless driver shows why you should never do it again

In a moment of negligence, a trucker decided that since the coast was clear, it was a good idea for him to drive through the intersection. Unfortunately for him, there was a police cruiser parked in his blind spot and moments after he took off through the intersection, the cop switched on his lights. Moments later, the trucker drives through a toll lane before the light switches green.

RELATED: Cops who’d had enough of a drunk driver unleashed a spike strip that stopped him dead in his tracks