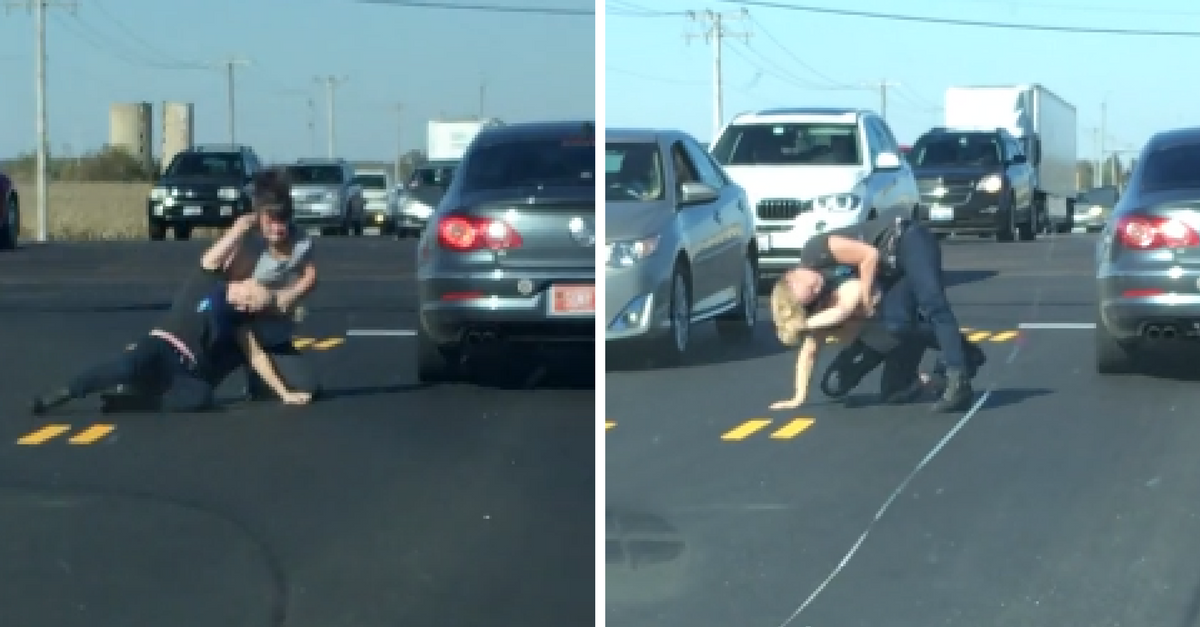 What began as a three-car road rage incident quickly escalated into a physical altercation with two women pummeling one another in the middle of a busy intersection on Wednesday, police say.

Police arrived just after the scuffle was halted, but footage of the fight shows the women pulling each other’s hair and rolling around on the ground as dozens of cars try to drive past them. After at least a minute, two other women try to intervene, and an off-duty officer eventually breaks it up.

“Each one [was] thinking the other one cut them off,” Sycamore Police Cmdr. Steve Cook explained the origin of the altercation.

One of the women, only identified as being from DeKalb, reportedly thought the other had cut her off and got out of her car at the intersection to give her a piece of her mind. When the other women indicated that she was calling the police, the DeKalb woman returned to her vehicle. However, the third woman involved then got out of her car, thinking the DeKalb woman had cut her off, and dragged her from her car. Their fight ensued next.

The third woman, 43-year-old Susanna Mendenhall, was arrested for reckless conduct and aggravated battery, and she was already wanted to failing to appear in court. She could face two to five years in prison if convicted of the most serious offense.

RELATED: Two kids fought over a toy, so their parents decided to fight each other in a mall brawl