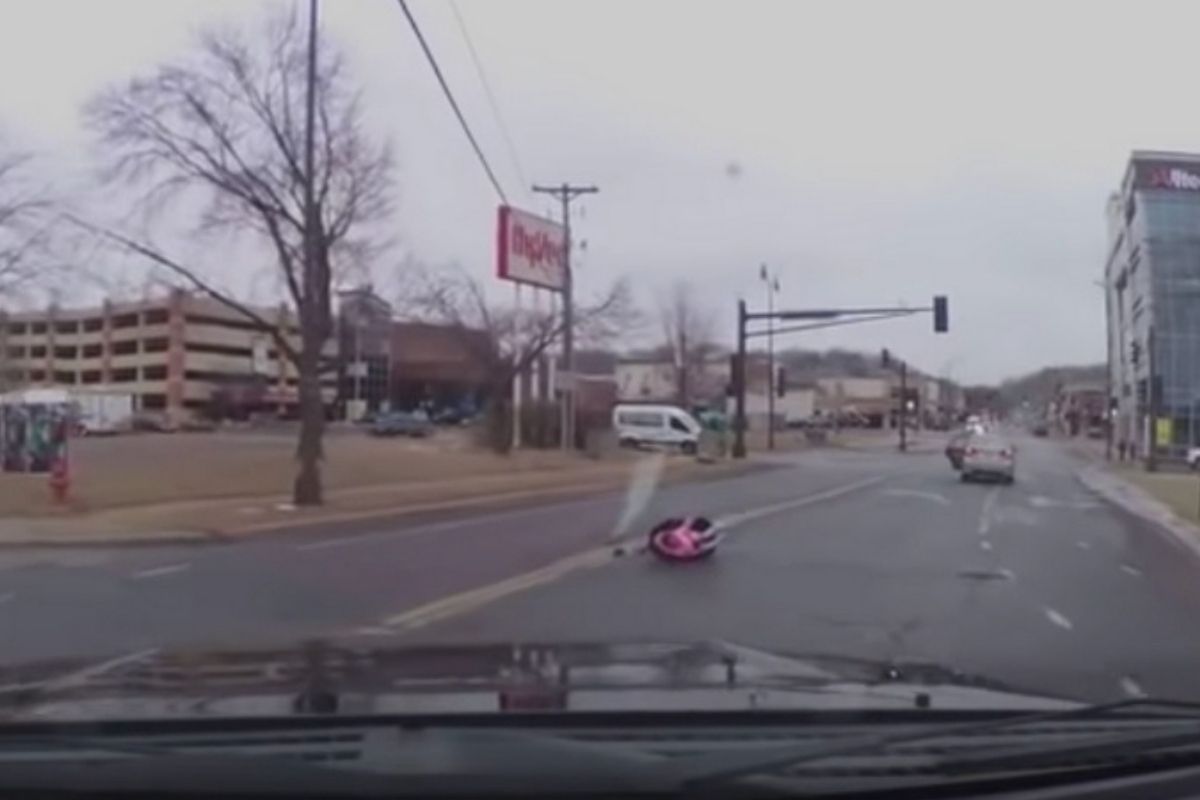 A Minnesota mother is facing charges of child endangerment for failing to properly secure a child passenger restraint. Dashcam video captured the moment her 2-year old was ejected out of her vehicle and tumbled out of the back while strapped in a car seat.

Chad Cheddar Mock was behind the mother at the time of the incident and was able to capture the footage through his dashcam. The video shows the vehicle making a sharp turn, and the door opening, quickly followed by the 2-year old falling out onto the street.

Shocked at the incident, Mock quickly got out of the vehicle and checked to see if the child was okay, reassuring her chest straps were on correctly. He then attempts to flag down the mother, as she drives away unaware the child had fallen out.

Toddler Falls Out of Moving Vehicle

Thankfully, the child was okay and seemed “very calm” when Mock attended to her and quickly called 911. Authorities believe the toddler must have unlocked the car seat by herself, but are not sure how she managed to open the car door. At the scene, police said the child was properly strapped in, but the car seat wasn’t fastened well enough inside the vehicle.

The mother eventually realized the toddler wasn’t in the back seat and showed up at the scene 15 minutes later. According to Mock, the mother was “hysterical” when she arrived. After checking to see if the 2-year-old was okay, police released the child to the mother.

The child’s mother faces up to one year in prison and a $3,000 fine for the gross misdemeanor. The mother is also being charged for violating her driver’s permit after there was no other licensed driver in the vehicle at the time.

This article was originally published on January 18, 2019.

Watch: Aisle or Window Seat on an Airplane