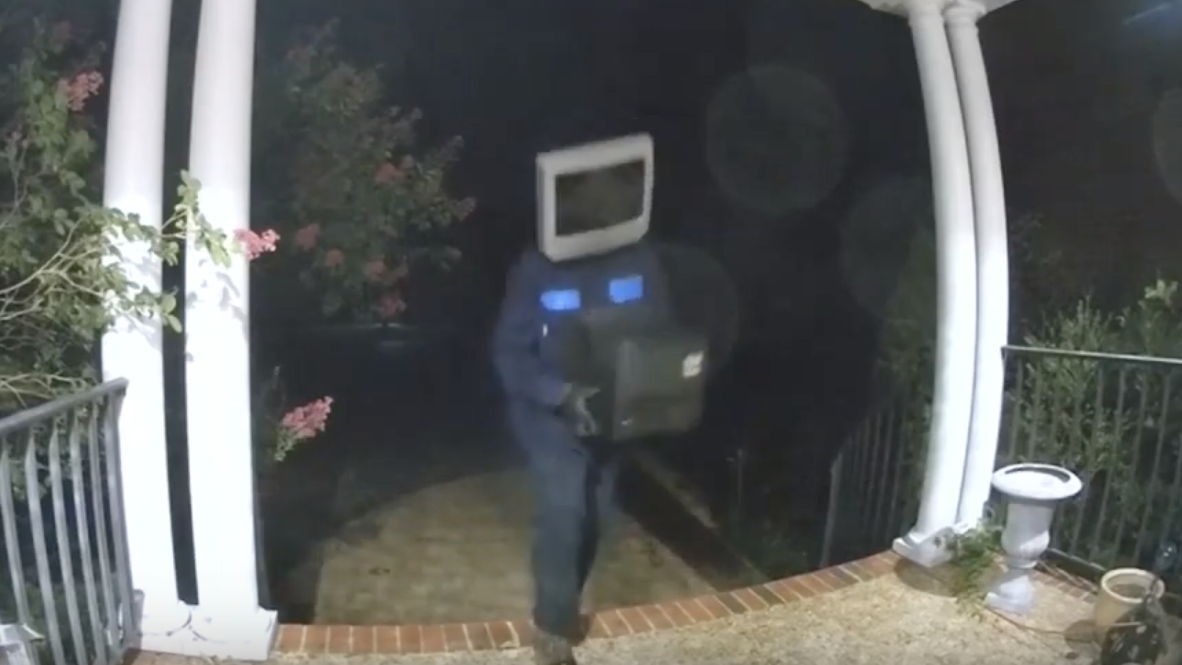 Residents of over 50 homes Henrico County, Virginia woke up to some weird (and frankly, useless) gifts on their front porches and even stranger footage from their porch cams. It would appear that the area has some sort of demented human wandering onto people’s front porches in the middle of the night, wearing a jumpsuit and an old TV on their heads, and leaving other old TVs as… gifts? Maybe? Hopefully.

The Henrico Police Department has no idea who is doing this but they helped the residents clean up the TVs after the troublingly weird gifts were left on their doorsteps. This is apparently the second time this mysterious TV man has done this. He hit a different neighborhood last August.

So what does all this mean? Some think it’s as simple as a college prank. Me? I’m not so convinced.

Not to veer into topics as lighthearted and fanciful as race in America, policing in America, and gun ownership, but I can say with resolute certainty that I wouldn’t think much of anything about a black or Latino kid wandering around my neighborhood in a hoodie. Certainly not enough to call the cops or take my (hypothetical) gun out of my safe and keep it loaded by my side while I waited for the police to arrive.

But if I saw Mr. TV Man walking around my neighborhood leaving creepy gifts on porches at 2:00 a.m.? Yeah, uh, I would run outside with my gun and every bullet I owned and empty clip after clip after clip into the body of what I would and do assume is the leader of some sort of murderous, electronic worshipping cult marking houses for child abduction and Manson-esque murders. And after I was done turning this “Are You Afraid of the Dark” villain’s face into a bowl of brain and spinal fluid soup with the butt of my gun I’d call the fire department. Because I will have also lit the body on fire. Just to be sure. And then I would sob uncontrollably.

This guy is my anti-anti-gun.