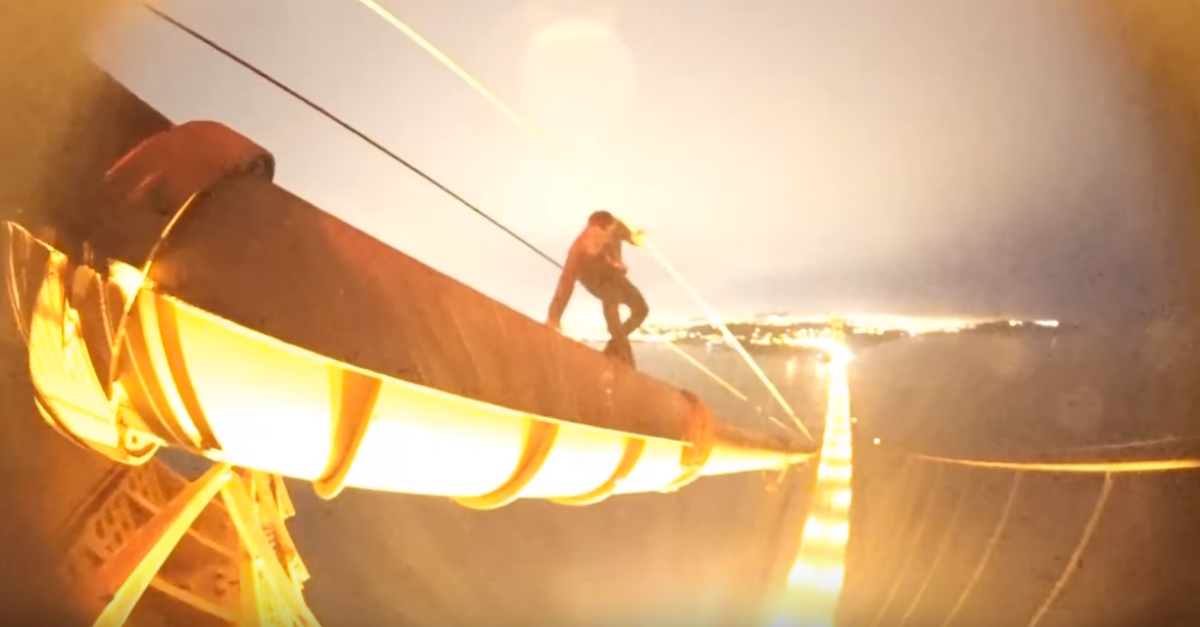 A video which was posted to YouTube earlier this month shows two Wisconsin teens scaling the San Francisco’s Golden Gate Bridge in the middle of the night and staying atop the massive structure for hours, even performing daredevil stunts — all without any safety equipment. According to ABC 7, the two high school students in the video are Peter Teatime, 18 and a friend, both on spring break. The two reportedly decided to climb the bridge “on a whim.”

RELATED: Police officers are stunned after a girl went to great lengths to take a selfie and landed in the hospital

At the top of the bridge, the teens performed a number of stomach-churning stunts including rolling around and hanging off the bridge, their entire bodies suspended hundreds of feet above the cars below. The entire escapade was completely undetected until a video of the adventure appeared on the internet.

Authorities are currently investigating how the teens managed to scale the structure without tripping any alarms. A former FBI agent described the video as “a wake-up call,” while a bridge authority assured ABC 7 that “the bridge is safe.”

RELATED: A huge crane collapsed on a popular New York bridge, and drivers are completely stuck

Teatime, who uploaded the video to YouTube has said, “If their security wants to talk to me about beefing up security, I’d be happy to have a conversation with them.” While the teens are now back in their hometown of Milwaukee, they could still face misdemeanor charges for trespassing.