A fender bender that occurred outside of a Stockton, Calif., thrift store this week led to a violent brawl between the two drivers, 25-year-old Vanessa Ortiz and an unidentified 67-year-old woman.

The video, Ortiz swings several punches at the older woman before eventually grabbing her by the ponytail and shoving her to the ground. The older woman can then be seen on the ground with what appears to be a broken arm.

“I pushed her. And it was an accident,” Ortiz said after the incident. “And my apologies to her and her family, whatever.”

RELATED: This guy clearly wasn’t thinking ahead when he tried to rob a motorcycle rider

While it definitely seems as though Ortiz was the perpetrator here, some witnesses said the video doesn’t capture the full story. Bernardo Gonzalez, who filmed the ordeal on his cell phone, claimed the older woman was the aggressor and started getting physical first.

“The old lady was instigating, [she] was like, ‘I already exchanged info with you, what more do you want?’ And the old lady started getting all in her face and got aggressive with her,” he said.

“She’s not your average old lady; she’s like a spicy old lady,” Ortiz added. “As you can see I have scratches on my face; she snatched my glasses off.”

Ortiz is currently being held at the San Joaquin County Jail on felony battery charges. She is ineligible for bail because she had a warrant out for her arrest for failure to appear on a misdemeanor charge for loitering with the intent of prostitution.

RELATED: Watch an unsatisfied customer and a nail salon owner brawl it out over a messy manicure 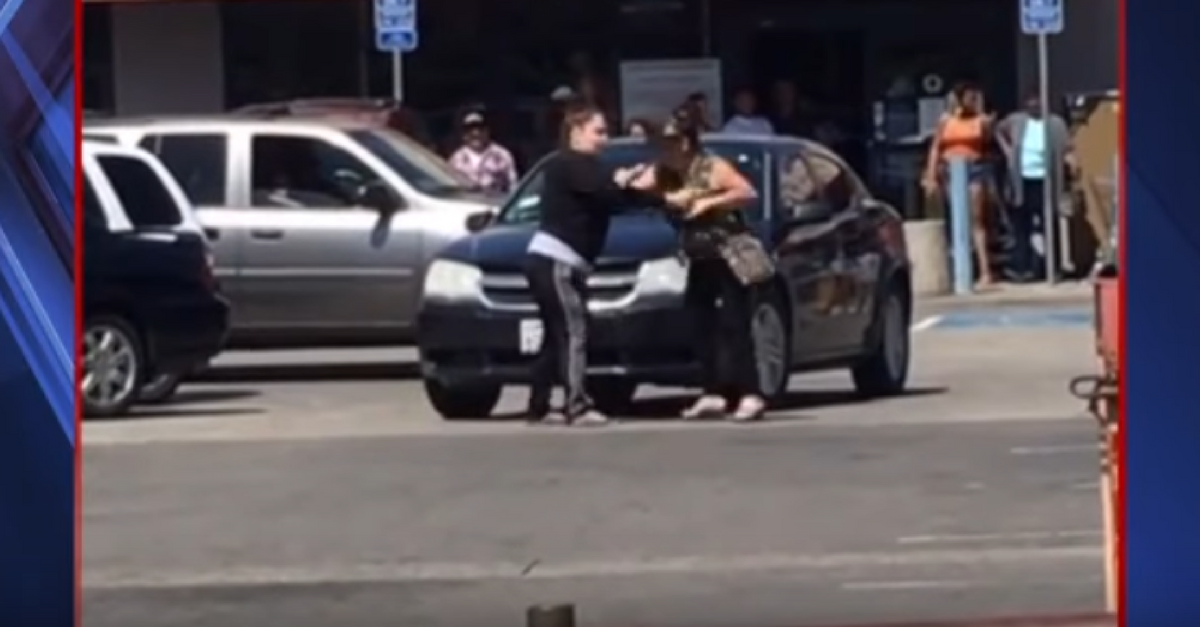