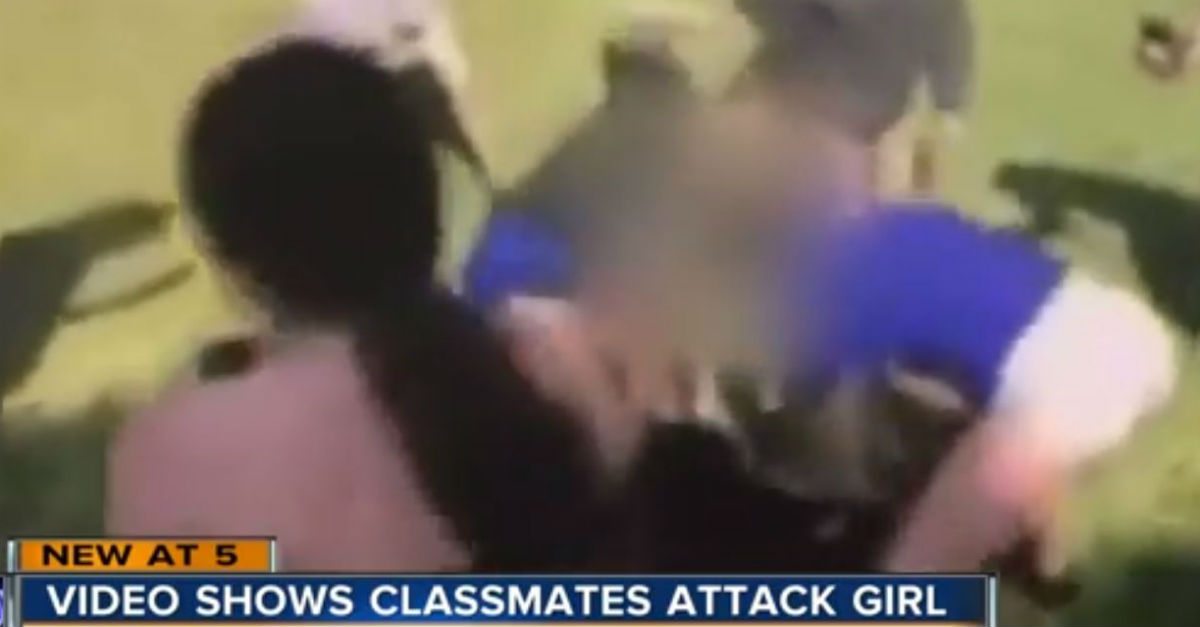 Schoolyard brawls have been going down for as long as there have been schoolyards, but one recent fight in Florida is grabbing attention after it went viral on social media.

Videos of the fight were recorded near Olympic Heights High School where two girls met to figure out their differences. But, one of them, 14-year-old Manaal Munshi, thought they were just going to “talk” while the other had something far more sinister in mind. Almost as disturbing as the violence, is the behavior of their classmates — while one girl kicks her fellow student and stomps on her head, other students stand around recording the beating and do nothing to try to stop the attacker.

The victim’s father, Shakeel, says that the attack was racially motivated and that the girls went after his daughter because of her religion. On Twitter, the Palm Beach County Sheriff’s Office said that they found out about the fight after the victim’s mother called and said that they are not considering it a case of “bullying.” They insist that the fight was over a boy.

PBSO is Investigating an Incident that took place in West Boca Raton where an altercation took place. Here is the press release: pic.twitter.com/7twAiDfQoC

Despite the police statements, the victim’s father says that he believes the brawl was racially motivated and called it a “hate crime.” He told WPTV that his daughter has told him that her classmates bully her with racial slurs. In a statement, Superintendent Robert Avossa reiterated that the fight occurred off-campus but said that he is “concerned about individuals who stood by to videotape the incident instead of coming to the assistance of their peer,” adding, “I expect more from our students.”

Watch: A Black Friday “fight” at Walmart is going viral and nobody throws one punch