Parents started their own brawl after seeing their children fight over a toy.

The fight began after two children argued over a toy inside a shopping mall play area located in Shenzhen City, China. Their mothers’ attempt to intervene quickly led to their own fight, which then escalated to include more adults. Five men, some believed to be husbands of the women, also began to fight. At one point, a man appeared to be knocked out after he was hit with a wooden stool.

Children screamed and cried in the background as hair was pulled and punches were thrown.

Though security guards did not appear to be present at the fight, the incident was later reported to the authorities.

RELATED: Police comfort 2 crying babies after finding them in a vehicle with their overdosed moms 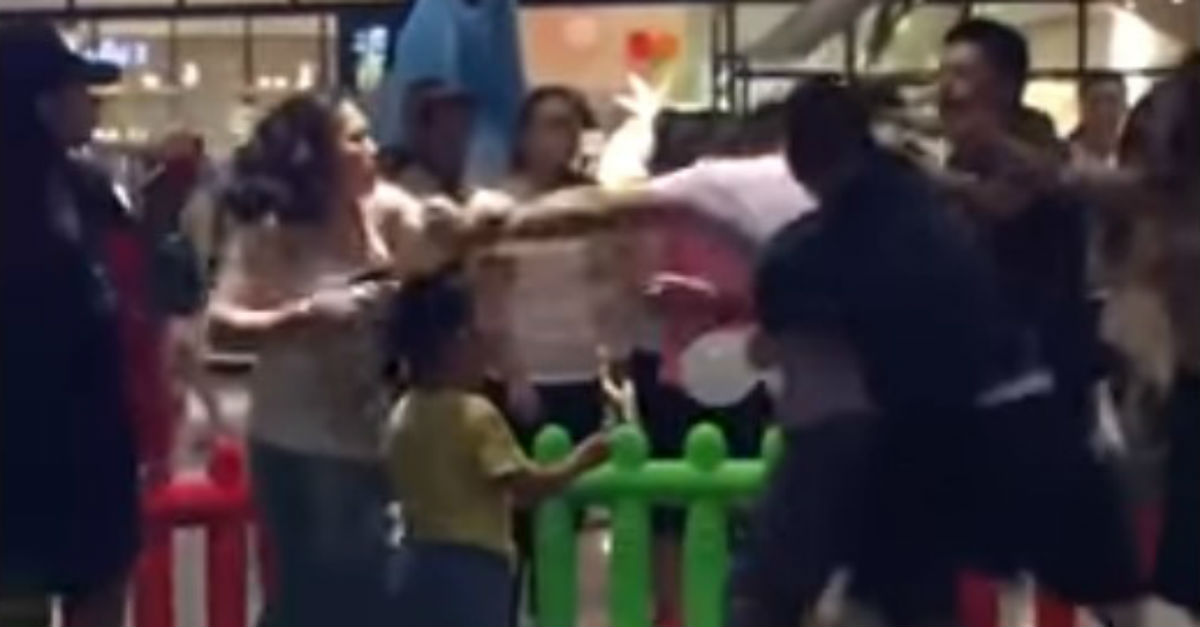