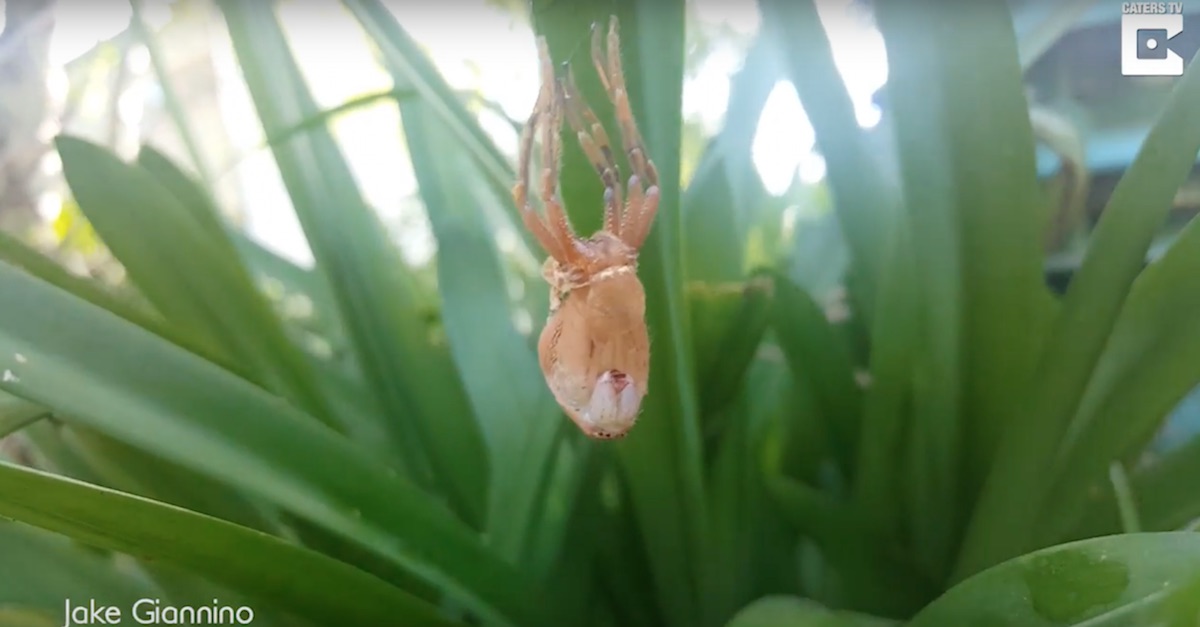 You didn’t know until now, but you really needed to see a huntsman spider shed its skin in Australia.

Wild video filmed by a biologist in his Healesville backyard showed a spider doing spider things, namely a huntsman molting.

For those who are unaware, molting is the process by which a spider, in this case, breaks out of its exoskeleton so it can grow. If you’re already grossed out, we can’t blame you and neither can the guy who filmed this, 23-year-old Jake Giannino.

He spoke to Perth Now about his findings and said that while he couldn’t resist filming this “once in a lifetime” nature event, he understands why it “would make most people really squeamish.”

“I watched the moulting process the whole way through, it was really interesting. I have kept loads of huntsman spiders but I have never been lucky enough to capture that before,” he said. “It’s a once in a lifetime experience to see this, especially during the day. Normally you would have to wait up all night to try and witness it.”

“I can definitely see why it would make most people really squeamish, it almost looks like a squid out of water, it is weird, but that is actually when they are at their most defenceless and harmless,” he added.

RELATED: Woman lets huge spider crawl on her face, for some reason

Do you agree that this looks like a squid out of water? What about an alien?

All we know is we’re glad we were nowhere near this vicinity when this was going on and that we can observe this behind the relative comfort of a screen.