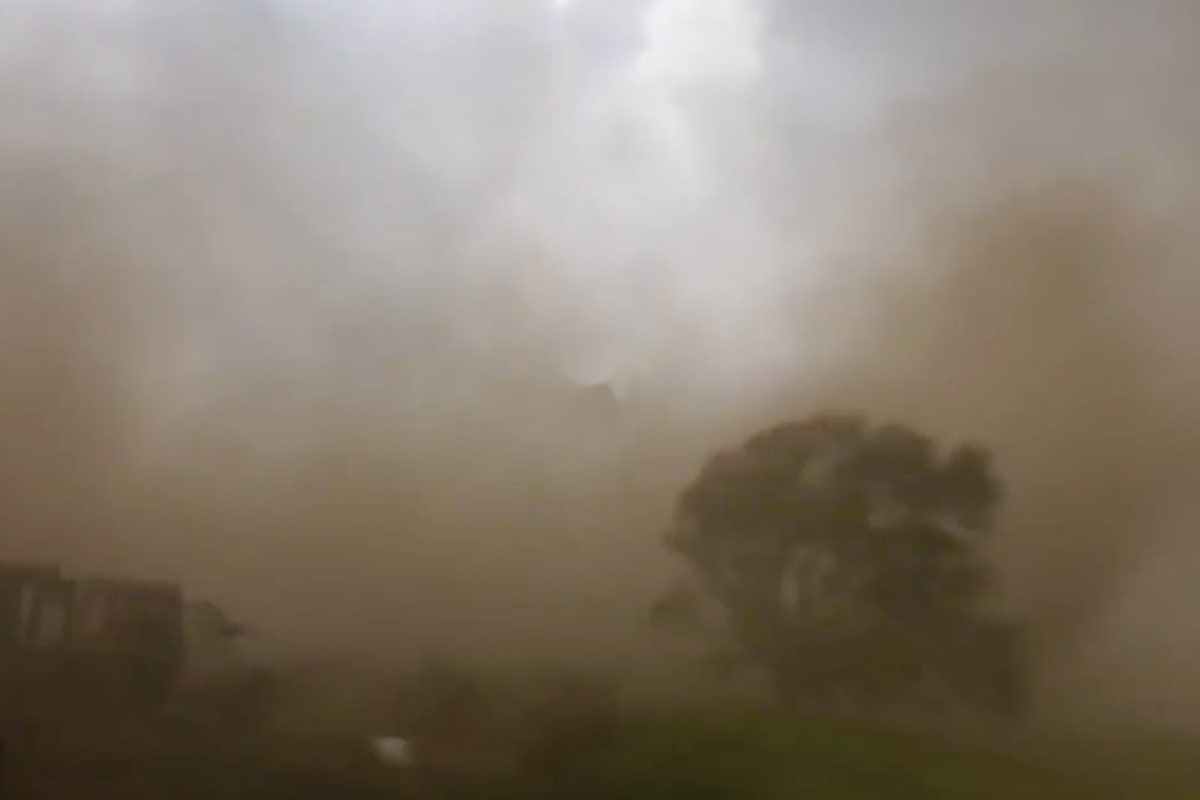 If you’ve ever wondered what might happen if looked up at the sky, flipped off God, and shouted, “What are you gonna do about it you old, bearded bitch — I’m the captain now,” it’d probably go a little something like what you’ll see in this video.

This is raw, unbridled natural power. Wrath of God stuff. These storm chasers found themselves caught right in the middle of a tornado and it’s a miracle they weren’t ripped into ribbons by rocks and jagged planks of wood from whatever barns and fences it destroyed before hitting them.

If you want to know what it looks like to be inside of a tornado, here it is.

A little testament to just how unpredictable a tornado can be…. from WeatherGifs

The guy filming must have been pretty panicked because there isn’t much else to explain why he didn’t hit the dick as hard as he could as soon as he got overtaken by the wind. On some level you have to be conscious of the fact that if you don’t get flat two fence posts connected by barbed wire might be flying toward you at 100 MPH, ready to slice through your spine like it’s a blade of grass.

With this year’s tornado activity increased drastically compared to recent years, as well as everyone’s desire to film everything, even (especially?) their own deaths, we’re probably going to see some more videos like this, whether they be from a scared but enthusiastic teen shouting “YEET!” while taking cover in a bathtub or another storm chaser caught in a really unlucky tornadic left turn.

If you do feel the need to film yourself while a tornado takes the roof of your house and tosses it a few blocks over at least take cover first. Get in the basement, or a bathtub, or a ditch if you’re outside. And shout Worldstar while it’s happening.