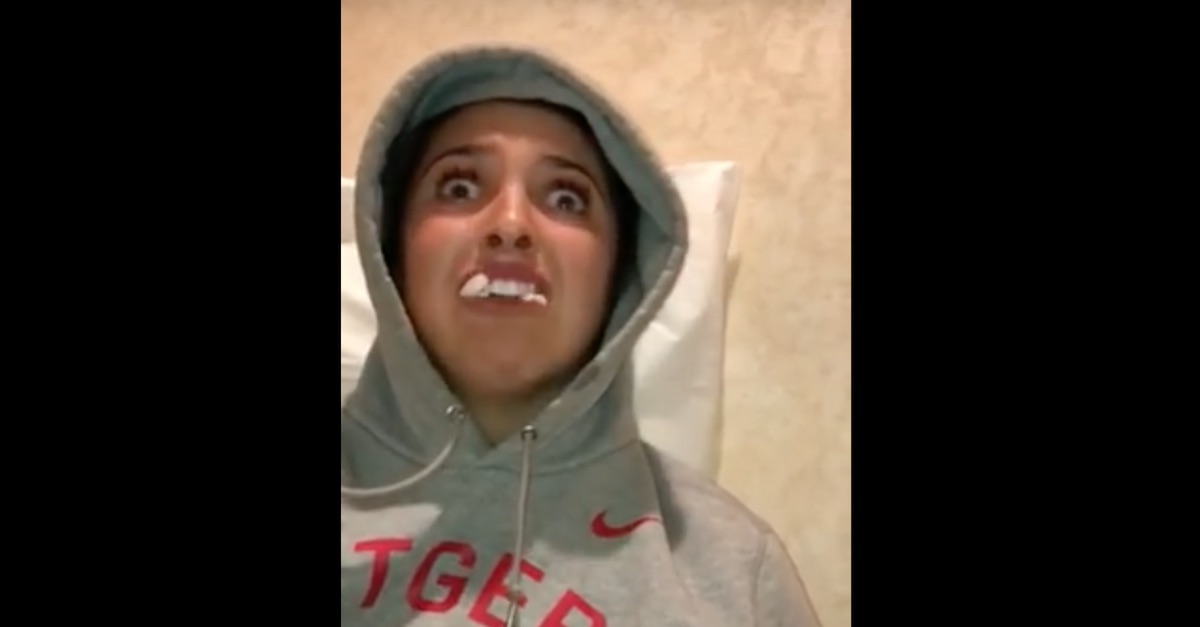 Videos of people acting like complete weirdos post-procedure are always good for a laugh, and the timing of this one just before Super Bowl LII couldn’t have been better.

There’s clearly no bigger Philadelphia Eagles (or football) fan than Haley. Even in a drugged state after getting her wisdom teeth removed she only had one concern: “Did I miss the Super Bowl?”

Mom reassured her that she wasn’t knocked out for that long and that the big game was still days away.

With cotton balls stuffed in her mouth, Haley sincerely wanted her mom to know that she wanted to go to the game, that she believed in Carson Wentz’s replacement at quarterback Nick Foles, that the Eagles’ defense is better than the Patriots’ defense and that she can’t stand bandwagon fans.

“I trust St. Nick [Foles],” she said. “Our defense is better than their defense. Way better, way better.”

Then a brief moment of doubt darkened Haley’s mood.

“Oh my God, what if they don’t win?” creeped in the desperation. But the very next sentence out of her mouth was “No they’re gonna win, I have faith.”

If all of this wasn’t enough to prove her super fandom, Haley then trashed bandwagon fans in the best way.

RELATED: Olive Garden is serving “Italian nachos” and we don’t know about it

“You know what I hate? I hate fans that are fans now that weren’t fans if they would have went 0-16. I would still be [the Eagles’] friend,” she said.

In case you live under a rock, Super Bowl LII will be played Sunday, Feb. 4 at U.S. Bank Stadium in Minnesota, and you should turn on the TV at 6:30 p.m.