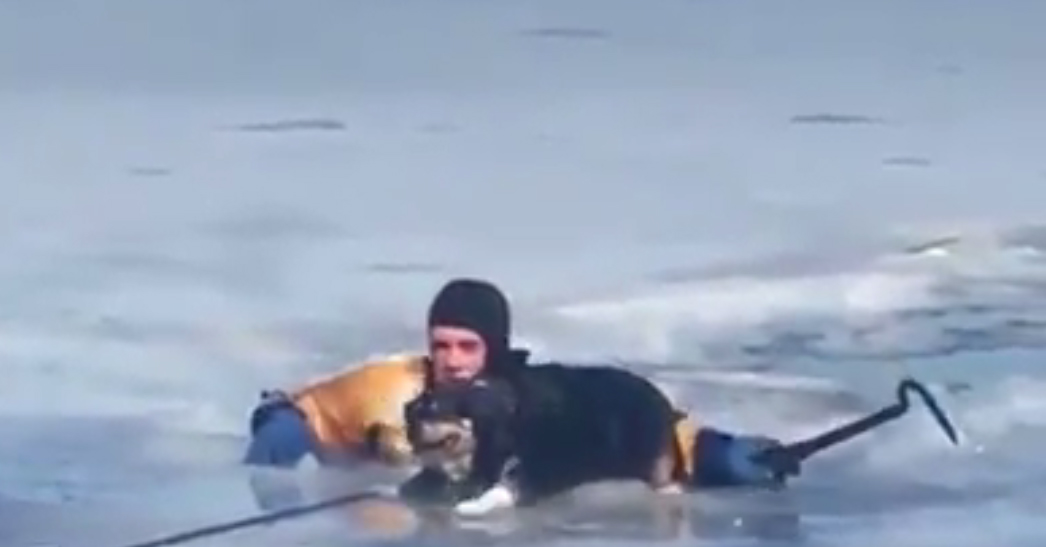 A Boston firefighter is being hailed a hero for saving a dog that fell into a frozen pond.

Witness Emily Andrea Robertson used her phone to video the dramatic rescue of “Maggie.” Fire officials said the dog’s owner was walking Maggie around the pond when it broke free and crashed through the ice.

RELATED: Fearless Spokane officer saves a woman locked in her own burning car

However, firefighters arrived at the scene expecting a different kind of rescue. Department spokesman Steven MacDonald told the Boston Globe that the initial call indicated a person fell into the water. Then they realized it was a dog in dire need of assistance.

“I almost didn?t walk the way I did on the pond but I’m glad I did!” Robertson wrote on Facebook. “I saw Maggie had broken through the ice and her owner, William, was shouting for her. Ran over and took off my boots and prepared to go in if she went under (I know it’s not too deep over there because I’ve been wading there) but the ice broke pretty quickly underfoot so I decided to call 911.”

RELATED: Security cameras caught a detective saving a toddler from nearly being run over

The firefighter wearing a survival suit used a hook to break the ice surrounding Maggie and carried her to safety, Patch reports.