Upsetting footage released days ago shows University of Utah burn center nurse Alex Wubbels being arrested for refusing to break protocol and give over a blood sample from the victim of a crime.

Now, police dashcam footage has also emerged of the crash that sent trucker and reserve Idaho police officer William Gray to the hospital in the first place.

Gray was driving a truck that collided head-on with a black Chevrolet Silverado driven by a man fleeing police. The impact caused an explosion and fire almost instantly; Gray was badly burned in the fiery crash.

Video shows detective Jeff Payne disagreeing with her decision before violently arresting her and shoving her into a police cruiser. 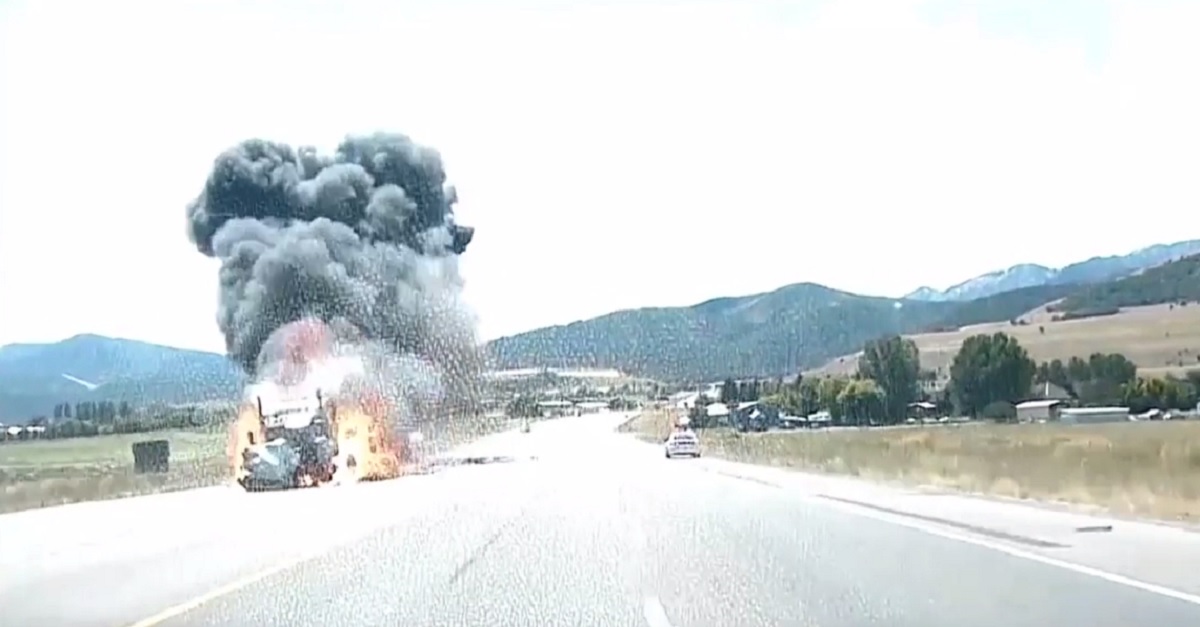