Video shows police kick and drag a suspect who crawled, burning, out of a car crash — but it wasn’t their suspect 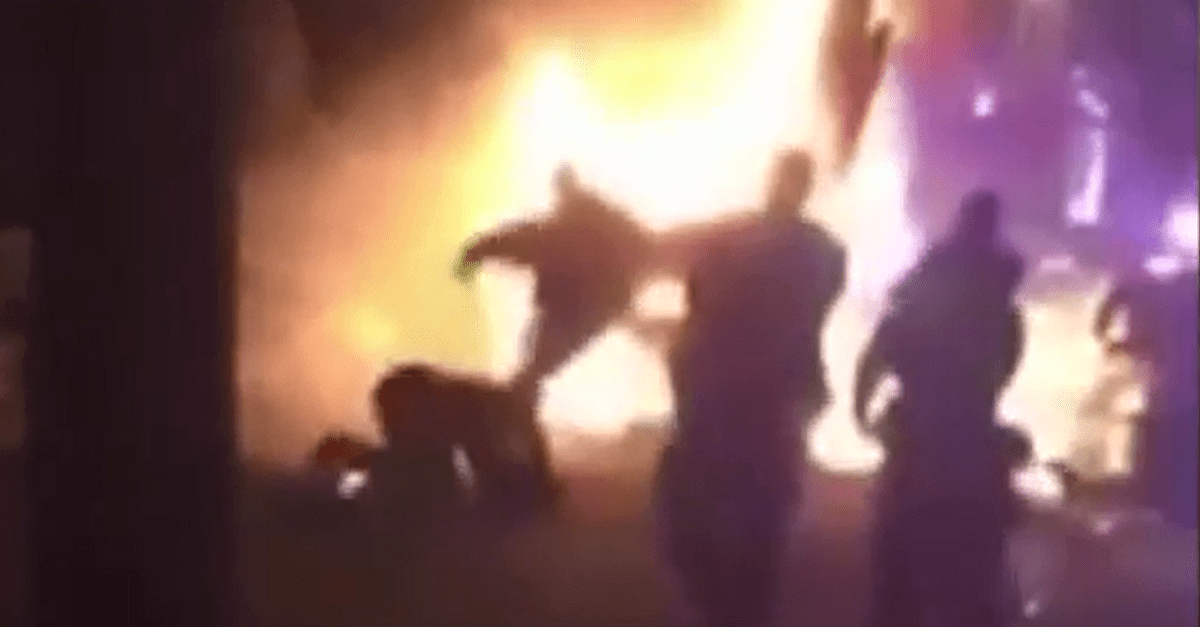 New Jersey police may face charges after a man on fire who they kicked and subdued turned out not to be the suspect in a Jersey City car chase on Sunday night.

The unbelievable incident was caught on video.

Prosecutors say police were attempting to apprehend Leo Pinkston, 48, of Jersey City, NJ. He refused to stop for police and lead them on a six-mile chase that ended in a fiery crash.

But before the smoke cleared, officers rushed to the first person they saw climbing out of the wreck: Miguel Feliz, 28, who was a bystander.

Tragically, police mistook one for the other.

In the video, they move in on Feliz — who is on fire! — and kick him once he’s extinguished his burning clothes, dragging him into the street and arresting him.

“The video kinda speaks for itself. Any reasonable person seeing the video would say they’re not trying to be helpful,” he told CBS New York.

Fulop cited a number of issues with the chase, not just the ending.

Feliz has been cleared of any wrongdoing, while Pinkston faces charges of eluding arrest and aggravated assault.