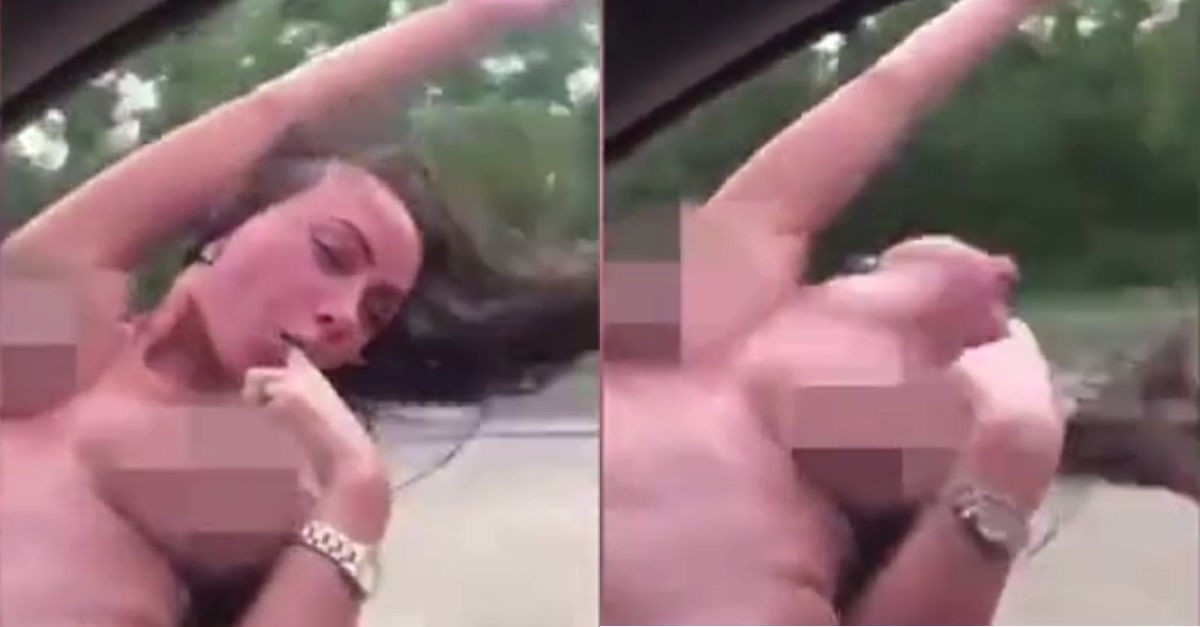 A graphic video shows moments before the death of 35-year-old Moscow real estate agent Natalia Borodina in the Dominican Republic as she leaned out of the window of a moving car.

RELATED: A topless cleaning service lady busted by cops for stealing undies got roasted on Facebook in epic fashion

The young mother was on vacation with her friend, 32-year-old Ivanna Boirachuk, when she decided to remove her bikini top and lean out the window to pose for the camera as the pair drove. It would be the last thing she ever did.

Video captured by her friend shows what happened before an object — a lamp post, apparently — strikes Borodina’s body, dealing “serious injuries,” according to the Daily Mail.

Her son of around eight years old was also on the trip, but it’s not clear whether he was in the car or not.