Video shows trucker blocking a car from driving on the shoulder, not realizing it’s a cop 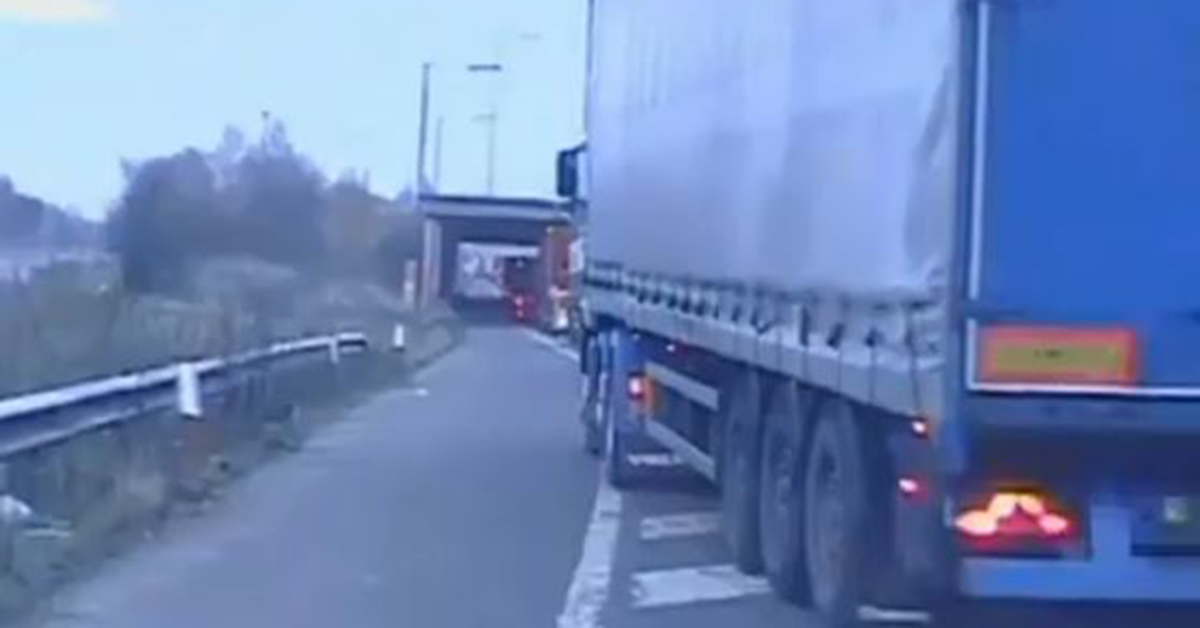 A truck driver in England decided to play the role of law enforcer when he prevented a car from driving on the shoulder of a highway. Turns out the driver was blocking the police.

Don’t take matters into you own hands and decide who uses the hard shoulder.Driver didn’t realise it was a liveried X5. pic.twitter.com/dl01Pwac1a

You can see the truck repeatedly swerve into the shoulder to prevent the car from getting through, until the cop flashes his siren. The driver then gets out of the way.

RELATED: Cops who?d had enough of a drunk driver unleashed a spike strip that stopped him dead in his tracks

What the driver probably thought was an act of justice turned out to be an embarrassing mistake that earned him a nice little fine.