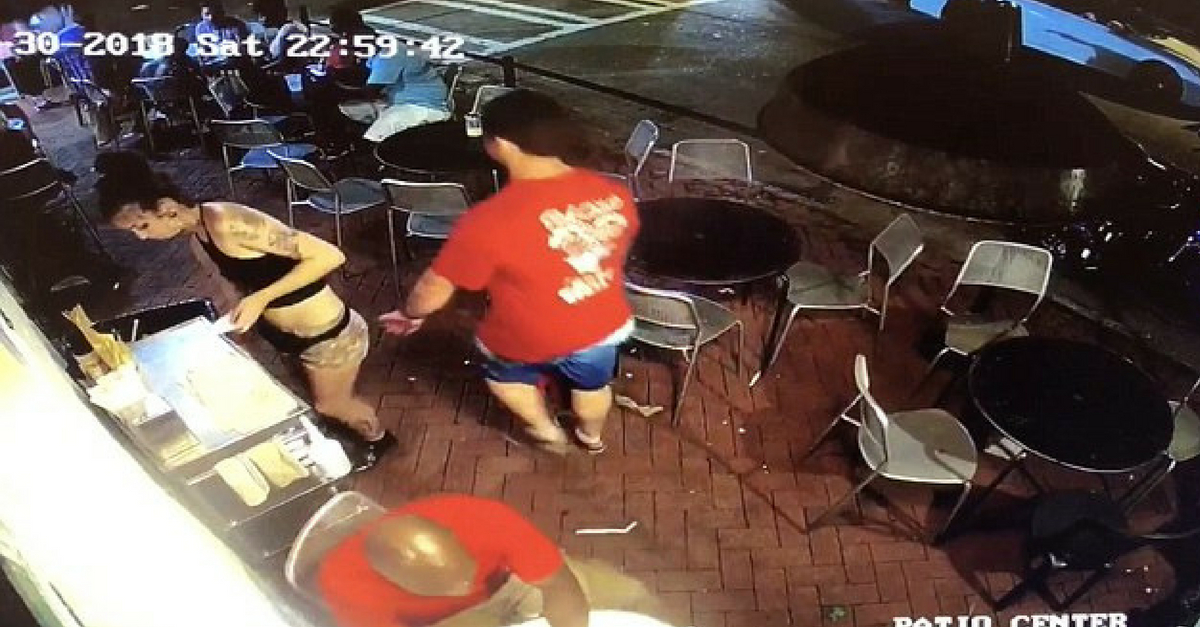 A customer at Vinnie Van Go-Go’s, in Savannah, Georgia, got the lesson of his life, after a young waitress tackled him to the floor, giving him a public shaming.

The incident took place at 11 pm on June 30th. The CCTV video shows Emelia Holden, 21, taking a table’s order in the patio area at the restaurant and then taking the menus to the restaurant counter. As she does, a man walks towards her and reaches out with his left hand, grabbing her bottom area.

Holden immediately turns around and chases after the man, grabbing him by the back of his shirt and puts him in a headlock. Once steady, she pushes him against the wall and down to the floor. The man falls next to the counter, where he lies on the floor shocked while listening to Emilia publicly shame him in front of two tables of customers.

Check out the CCTV footage below!

Authorities were quickly called to the scene, where they arrested the man immediately after being shown the CCTV footage. The man spent two nights in a jail cell and was released on July 2nd.

Holden spoke with the Daily Mail, explaining her situation. She defended her actions, saying the man got what he deserved. She believes every woman should know it’s okay to stand up for yourself whenever you’re in that situation, commenting, “I just did what I felt was best. I took the guy down and had my co-workers call the police. You have every right to wear what you want and you most certainly have every right to defend yourself.”

Unfortunately, experiencing workplace harassment is more common than one thinks. Which is why Holden decided to stand by her actions to show that sometimes, well, you gotta do what you gotta do. Am I right? Social media users have applauded the waitress for her courageous actions. We applaud you as well, Emilia!

Editors Note: This article was originally published on July 19, 2018.