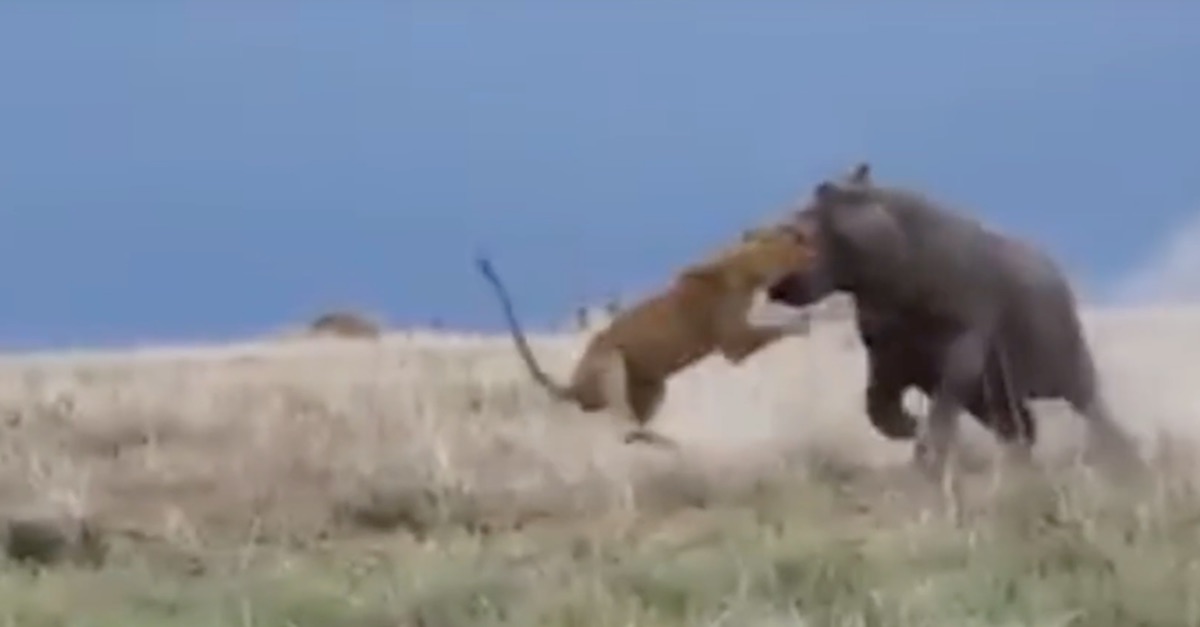 We’ve seen our share of lioness-hippopotamus encounters over time, but only one incident that we can recall was worse than the one we are about to discuss. Interestingly, both meetings of these animal minds involved hippo butts and the lion learning a hard lesson.

Video uploaded to YouTube by Maasai mara Sightings, a channel dedicated to “the latest wildlife sightings from around the world,” shows a hunting lioness sneaking behind a hippo’s behind in Kenya.

There were serious consequences.

The hippo didn’t take too kindly to being stalked and sniffed, so it heaved its humongous body up off the ground, chased down the lion and chomped down on its head as if it were a mere marble in a game of “Hungry Hungry Hippos.”

The lion eventually broke free and the animals went their separate ways, but consider the message sent. You can bet this lion will think twice about approaching a reclining hippo again.

You have to think, just like with the other video we mentioned earlier, that the lion was inspecting the hippo to see if it was dead. It’s an easy meal after all.

But, as you’ll see, a hippo is not an animal to mess with. They are vicious enough to kill humans, and clearly have no qualms about fighting lions.

Watch: A cameraman decided to interrupt a lion’s meal — he should have expected what happened next