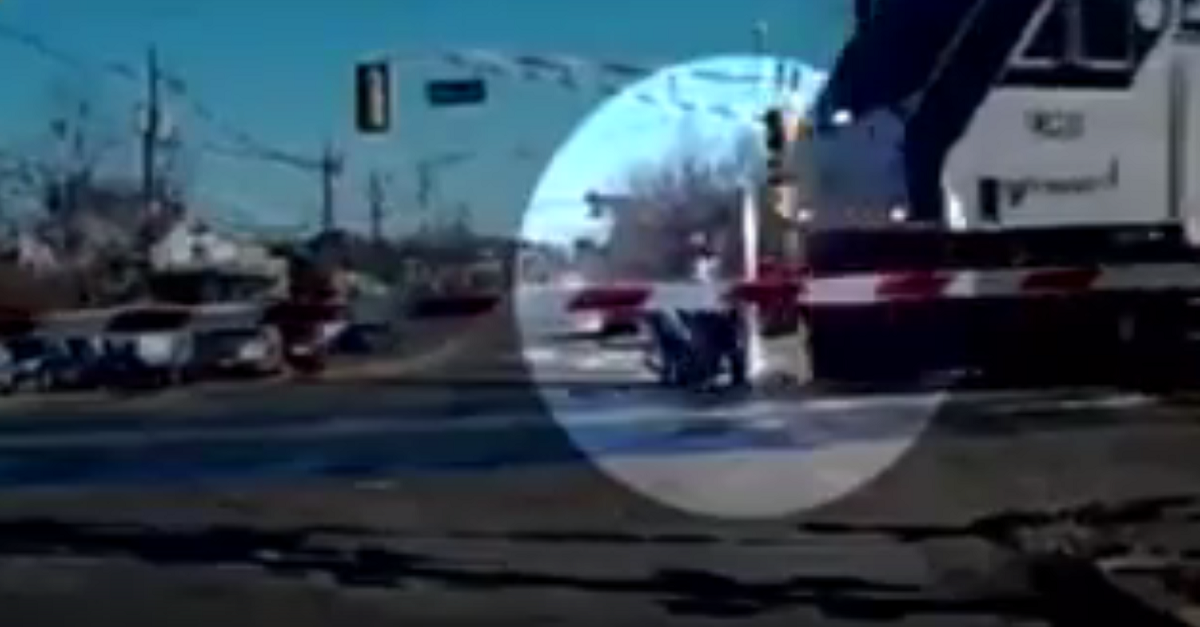 Jon Mango says he’s no hero, but New Jersey police say otherwise — they even called his work to thank him! After watching this video, we have to agree.

He was sitting in his car near a railroad crossing in Saddle Brook, New Jersey, as a New Jersey Transit commuter train approached. An elderly woman was crossing the tracks with a walker at the same time.

The lights went up and the gates went down. But the woman and her walker were still on the train tracks.

RELATED: Watch the frightening moment a train forcefully rams into a semi-truck stuck on the tracks

“I’m watching and I see her going across and I’m like, ‘this isn’t feeling right,'” Mango told ABC7 News. “I saw the train was really coming. I sprinted onto the tracks and I pulled her by the arm.”

Then, the woman panicked, freezing in place on the tracks. The train wasn’t slowing down.

“She was scared […] She actually stopped because she was scared, so then I tried grabbing her arm and then really tried pulling her. She was having a lot of trouble,” Mango recalls.

On video, Mango and another driver manage to lift the woman to safety with just moments to spare. The train, having applied its emergency brakes already, slows to a halt.

Police and paramedics checked out the elderly woman just to be sure she was alright.

Despite almost certainly saving this woman’s life, Mango denies that he did anything exceptional. He told ABC7, “I’m not a hero, I’m not anything. I just saw something and something needed to be done […] Just an ordinary Wednesday.”